Antenna TV is making some minor schedule changes this summer. The changes begin on Monday, June 29, 2020, mostly affecting late night and weekends. Designing Women will air earlier now on weeknights, moving to 11:00pm & 11:30pm, shifting Coach to 12:00am & 12:30am. Other changes happening in late night are: NewsRadio moving to a later slot at 2:00am & 2:30am, while Family Ties and Growing Pains will air in the 4am and 5am hours, as It's a Living and Mork & Mindy are off the weekday schedule. Onto weekends, Benson and What's Happening Now!! will switch days from 5-6pm, with Benson now on Saturdays and What's Happening Now!! on Sundays. McHale's Navy moves to a later slot on Saturdays from 12am-1am, while Father Knows Best takes its Saturdays at 7-8pm slot. Lotsa Luck and The Paul Lynde Show move from Saturday late fringe to Sunday mornings from 6-7am, cutting the two-hour Soap block to just 7-8am. Benson will now follow from 8-9am, while Maude moves to 10-11am, replacing Welcome Back Kotter, now completely off the schedule. And finally, Dear John returns to the line-up and will air Sundays from 11pm-12am instead of Designing Women, while It's a Living is relegated to Sunday nights from 1-2am. That's all the changes, as everything else remains the same. In essence, Welcome Back Kotter is off the line-up, while Dear John returns. The Antenna TV lineup will change again in the fall with the addition of Who's the Boss? 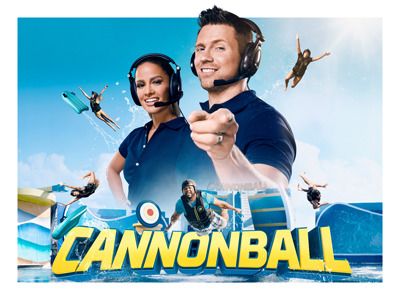 USA Network's upcoming series Cannonball will now premiere first as a sneak peek on NBC on Monday, June 29 at 10:00pm ET/PT and will then air on Sundays from July 12-August 9 at 7:00pm ET/PT, following original episodes on USA Network on Thursdays at 8:00pm starting July 9. Hosted by WWE Superstar Mike "The Miz" Mizanin and Rocsi Diaz with sideline reporting from Simon Gibson, Cannonball features contestants from all across America as they face off in a variety of water obstacles in one of the biggest, wettest, slippery-est water sports competition ever created. From sliding off a 100-foot waterslide to rocketing off one of the world’s fastest drop towers, contestants will battle a variety of water obstacles to win a $10K cash prize. ﻿