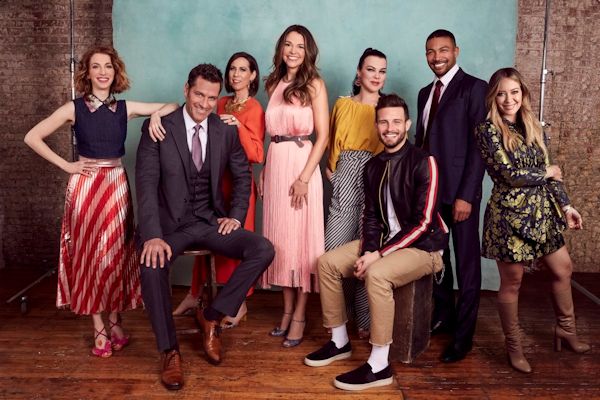 Younger is making its big return this summer (and staying on TV Land and not moving to Paramount Network)! The critically acclaimed, smash-hit series from the Emmy winning writer-producer Darren Star will remain at TV Land when it debuts its upcoming sixth season on Wednesday, June 12 at 10:00 p.m. ET/PT. In season six, Kelsey (Duff) is leaning into her new role as publisher at the freshly minted Millennial Print, while Liza and Charles get acclimated to their new normal now that Charles (Hermann) is no longer running the business. ABC announced that the network has picked up Don't, a new original game show created by Banijay Studios North America and produced by Ryan Reynolds. This comedic physical game follows one family of four who must work together throughout five mental and physical challenges with only one rule: Don't. For example, "Don't Slip," "Don't Forget," "Don't Laugh," "Don't Say It," "Don't Scream" and a slew of "Don't" challenges you didn't even know existed. In each episode, one family will have a set amount of time to succeed in each hilarious task and win a cash prize. When they fail a challenge, they don't earn money and one of them will be eliminated from the game. Family members can be eliminated until only one remains. The last standing relative must complete the rest of the challenges on their own to win money for the family. At the end of the final "Don't" challenge, the money they have been able to earn, if any, is theirs to keep. No word on the premiere date or timeframe, but ABC of course has a slew of game shows for Summer Fun of Games including Celebrity Family Feud, $100,000 Pyramid, To Tell the Truth and the upcoming Card Sharks & Press Your Luck.