Fri-Yay: Get Your GLOW On; FX and FXX Set Comedy Returns in September 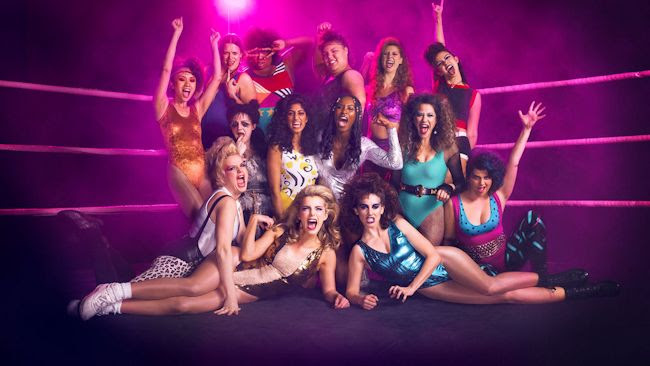 Summer has always been a slow time for TV, but that's changed a bit in recent years with streaming services and premium cable, who generally try to keep their operations running all year. Even still, there is significantly less TV to be found in the summer months, and especially less good TV. So it's a nice surprise when we have a show like Netflix's GLOW, a refreshing new half-hour comedy from Orange is the New Black producer Jenji Kohan.

GLOW has a bit of an unconventional premise. It's based on the real female wrestling television series "GLOW," which aired from 1986-1990 in syndicated TV. GLOW was a breakthrough female wrestling show that fought many odds to become a long-running, successful program, and GLOW follows the show's conception and journey to the pilot. (The first season, at least, focuses on the show's preparation for the pilot: assumingly, future seasons would follow the rest of the show.) While Netflix's GLOW is only "based" on the true story, and takes many liberties with its characters and plot (much like Kohan's other Netflix series Orange is the New Black) it retains the same scrappy underdog energy. You get the sense that the odds are low for the show's success, and the only way it can survive is if the show's cast fights hard and really believes in themselves.

In that way, GLOW sort of feels like your classic "underdog" story, and follows many of the similar beats of one. It's sort of a "Friday Night Lights, but with female wrestlers" type of show (or, I've been describing it as "Glee, except with female wrestlers, and also unlike Glee, it's good.") There hasn't really been a good "underdog" story on TV in quite a while (since maybe the first season of the aforementioned Glee?), and it's fun to settle back into those rhythms of watching characters that start off hating each other work towards a common goal that seems impossible at the start of the series but gradually seems more and more and reach. GLOW also adds enough interesting spins on the "underdog" dynamic that it doesn't feel completely "done" before, particularly in its lead character Ruth (portrayed brilliantly by Alison Brie), who is more complex, flawed, and nuanced than you might expect from a "hero" of a show like this. In fact, the entire cast is doing a great job of taking what could be stock characters and turning them into genuinely interesting people. Betty Gilpin's Debbie could be the typical "diva" lead, but instead she's someone who feels trapped in her failing marriage and uses GLOW as an escape. Marc Maron's Sam could be a typical sleazeball director, and he kind of his, but the way Maron plays him gives insight into why he's that way. And Chris Lowell does such an excellent job with his character (the show's producer, Bash) that he somehow transforms the spoiled, coked up rich boy into one of the most lovable characters on the show.

There isn't much to watch on TV right now. So there's really no reason not to check out Netflix's GLOW, which is not only "great for a summer show" - it's just great TV. 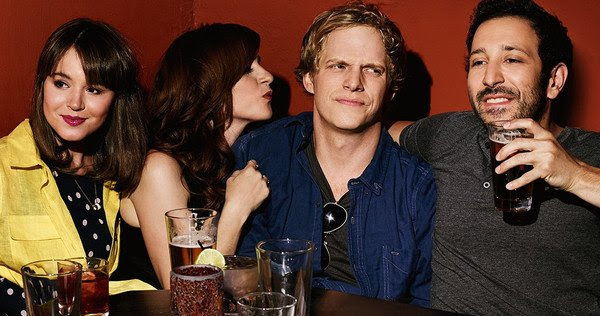 FX Networks has set the premiere dates for the acclaimed comedy series You're the Worst, which returns to FXX on Wednesday, September 6, and Better Things, which comes back to FX on Thursday, September 14. From Creator/Executive Producer Stephen Falk, You're the Worst returns to FXX for its fourth season with a special one-hour premiere on Wednesday, September 6 at 10 PM ET/PT. You're the Worst is a modern look at love and happiness told through the eyes of two people who haven't been very successful with either. It's the story of Gretchen and Jimmy, fear, heartbreak, romance, sex, food, Los Angeles, Sunday Funday, friendship, and the fact that sometimes the worst people make the best partners. 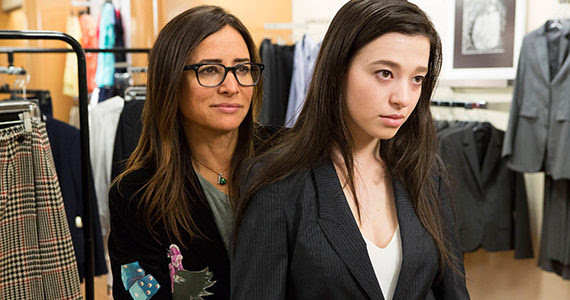 Peabody(R) Award Winner Better Things is back for its second season on FX beginning Thursday, September 14 at 10 PM ET/PT. Better Things centers on Sam Fox (Pamela Adlon), a single, working actor with no filter raising her three daughters, Max (Mikey Madison), Frankie (Hannah Alligood) and Duke (Olivia Edward) in Los Angeles. She's mom, dad, referee and the cops. Sam also watches out for her mother, Phil (Celia Imrie), an English expatriate, who lives across the street. Sam is flawed and fierce with her love for her daughters, and her own mother, as well. Sometimes, heaping the love on when she feels guilty. Sam's just trying to earn a living, navigate her daughters' lives, have fun with a friend or two and also - just maybe - squeeze in some private time once in a while.