New One Day at a Time Series Premieres Jan. 6 on Netflix; CBS Sports to Air Poker Special with Celebs 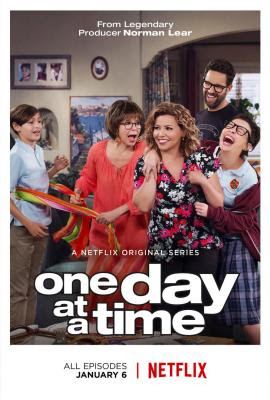 This is it! This is life, the one you get, so go and have a ball -- and enjoy your first look at Netflix's much-anticipated original series One Day at a Time with the season one trailer and official key art! The all-new One Day at a Time launches Friday, January 6, everywhere that Netflix is available. ... Enjoy the view! The series is a reimagining of the iconic Norman Lear's classic sitcom, One Day at a Time, that is a hilarious and heartfelt comedy that follows three generations of a Cuban-American family sometimes-reluctantly cohabitating and navigating the ups and downs of life. A newly-single mom and military veteran journeys through the triumphs and tribulations that come with raising two strong-willed, mega-millennial children, all the while enlisting the "help" of her old-school mother and her building manager-turned-invaluable confidante. Through an contemporary lens, One Day at a Time offers a glimpse at what life looks like, in good times and bad -- and how those around you somehow make it all worthwhile. Rita Moreno, Justina Machado, Stephen Tobolowsky, Todd Grinnell, Isabella Gomez and Marcel Ruiz star in this fresh take on a classic. Gloria Calderon Kellett and Mike Royce executive-produce and are co-showrunners alongside legendary executive producer Norman Lear. 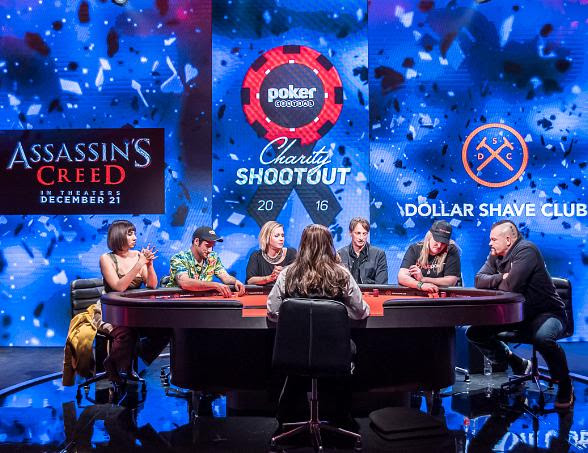 Poker Central®, your ultimate source for exciting 24/7 Poker® content, announced its new celebrity poker event. The "Poker Central Charity Shootout" features Hollywood celebrities battling it out on the felt for their favorite charities, and later against poker professionals. Jackie Cruz, Tony Hawk, Jennie Garth, Chuck Liddell and Tyler Posey play for a chance to win money for their favorite charity, with the chance to win as much as $40,000! CBS Sports Network will air two two-hour specials featuring highlights from the event on December 13 (10:00 PM, ET/7:00 PM, PT) and December 14 (10:00 PM, ET/7:00 PM PT). The event is hosted by famed poker player Maria Ho and TV personality Ali Nejad, and is filmed live in Las Vegas.