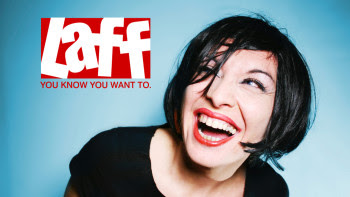 The country's first-ever, over-the-air broadcast television network devoted to comedy around-the-clock will launch this spring when Katz Broadcasting debuts LAFF on April 15, 2015. LAFF will feature a mix of contemporary off-network sitcoms and popular theatrical motion pictures, with a target audience of adults 18-49. The LAFF brand will cross multiple platforms, with the linear network carried on the signals of local broadcast television stations and corresponding cable carriage while companion digital content will be available at LAFF.com and via the LAFF app.

LAFF joins GRIT, the first broadcast network targeting men, and ESCAPE, the first over-the-air network designed for women, in the Katz Broadcasting portfolio. Katz Broadcasting was established in 2014 by Bounce TV founder/COO and former Turner Broadcasting executive Jonathan Katz. Katz is President and CEO of the company while also still serving as COO of Bounce TV, the nation's first and only over-the-air television network for African Americans. Stay with us for continued updates on LAFF, which will include a launch schedule and what sitcoms join the line-up. 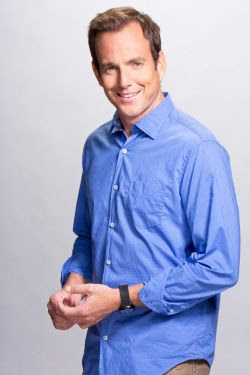 Netflix, the world's leading Internet TV network, has ordered Flaked, a new comedy series starring Will Arnett. Eight episodes of the series will premiere exclusively across all Netflix territories in 2016. Set in the insular world of Venice, California, Flaked is the serio-comic story of a self-appointed "guru" who falls for the object of his best friend's fascination. Soon the tangled web of half-truths and semi-bullshit that underpins his all-important image and sobriety begins to unravel. Arnett plays Chip, a man doing his honest best to stay one step ahead of his own lies.