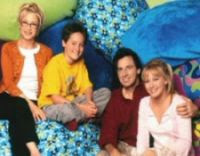 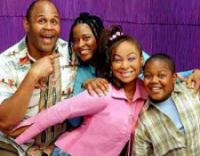 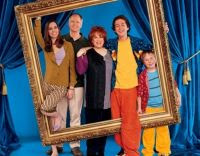 ABC Family says goodbye to 2014 with its "That's So Throwback" programming block, featuring Disney Channel classic comedy series Lizzie McGuire, That's So Raven, Even Stevens, and original movies The Cheetah Girls and Halloweentown. "That's So Throwback" airs Monday, December 29th, 2014 through Friday, January 2nd, 2015, from midnight to 2AM ET/PT. There is no better time for nostalgia than the end of the year, so why not spend those late nights catching up on the favorite shows of your tween years? Life was simpler when all you had to worry about was whether or not Lizzie was actually going to find Aaron Carter, if Luis beats those mean school bullies at their own game, or if The Cheetah Girls will get their record deal. So instead of reminiscing about your Disney Channel friends or going online to watch clips, hang out with ABC Family and watch the real thing instead. You'll see stars like Hillary Duff, Raven-Symoné, Kyle Massey, Shia LaBeouf, Adrienne Bailon, Sabrina Bryan, and the legendary Debbie Reynolds. 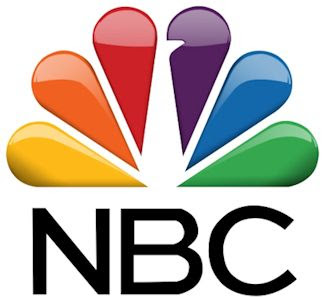 When NBC's Friday line-up returns on Friday, Jan. 16 with new episodes, it will have some timeslot changes. The network will move struggling rookie drama Constantine to the 8:00pm hour, prompting to move news-magazine Dateline NBC to 10:00pm instead. Grimm will still anchor the night at 9:00pm, though, so it is a switch between Constantine and Dateline. The move will be for 5 weeks only, as Constantine has only 5 episodes left to air. No word yet on what will air at 8pm beginning Feb. 27. Based on the wildly popular DC Comics series "Hellblazer," Constantine is a seasoned demon hunter and master of the occult John Constantine (Matt Ryan, Criminal Minds) specializes in giving hell... hell.