Emmy-winning actress Valerie Harper, who starred as Rhoda Morgenstern in The Mary Tyler Moore Show and its spin-off Rhoda, has died. She died on August 30 in Los Angeles. She had battled leptomeningeal carcinomatosis, a rare condition in which cancer cells spread into the meninges, the membranes surrounding the brain, since March 2013. Ms. Harper was 80. 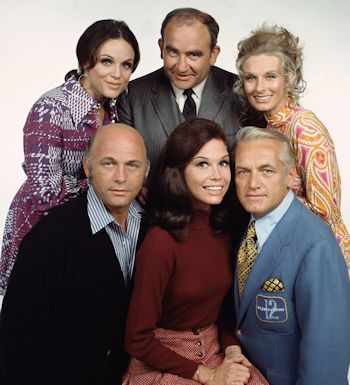 Harper starred as Rhoda Morgenstern, the best friend and upstairs neighbor of Mary Richards (Mary Tyler Moore), in the CBS sitcom The Mary Tyler Moore Show from 1970 to 1974. Rhoda worked as a window dresser at the fictional Hemphill's department store. Harper appeared in a total of 92 episodes of the series. She was a regular in seasons 1-4 and appeared as a guest star in seasons 6-7. She won three consecutive Emmy Awards for Outstanding Supporting Actress in a Comedy Series in 1971, 1972 and 1973. The series also starred Edward Asner, Gavin MacLeod, Ted Knight, Cloris Leachman (1970-1975), Georgia Engel (1973-1977) and Betty White (1973-1977). 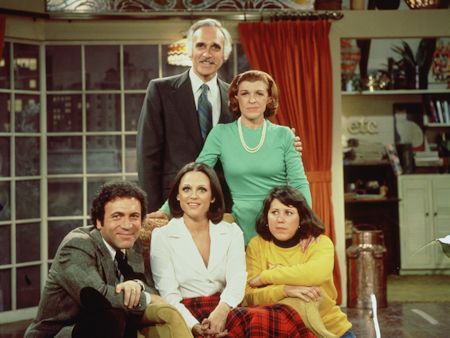 Harper and Moore reunited in the 2000 ABC TV movie Mary and Rhoda. The two-hour made-for-TV movie also starred Elon Gold, Christine Ebersole, Bethany Joy Lenz and Marisa Ryan. Harper and Moore reunited with the other women of The Mary Tyler Moore Show - Cloris Leachman, Betty White and Georgia Engel - in the TV Land sitcom Hot in Cleveland. The episode was titled Love Is All Around and aired on September 4, 2013. 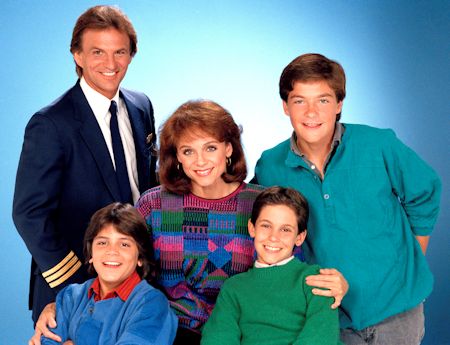 Harper held out in a contract dispute for more money, a larger piece of the syndication revenues and more creative control of the series after the second season. Her husband, Tony Cacciotti, was one of the executive producers. Lorimar eventually fired her from the series. She sued for being wrongfully fired and was awarded $1.4 million plus 12.5 percent of the show's profits. The character of Valerie Hogan was killed off in an auto accident. Sandy Duncan joined the series as Michael Hogan's divorced sister Sandy Hogan, a high school counselor. The series was renamed Valerie's Family for the third season and The Hogan Family for seasons four through six (the last season airing on CBS). 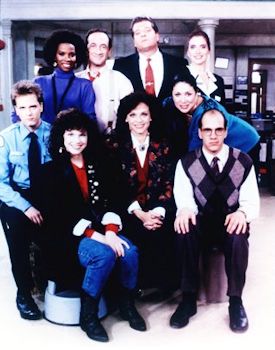 Some of her sitcom guest appearances included Love, American Style (she also co-wrote an episode with her then-husband Richard Schaal), The Love Boat, Sex and the City, That '70s Show, Three Sisters, Less Than Perfect, Committed, 'Til Death, Melissa & Joey and 2 Broke Girls. She voiced various characters in eight episodes of The Simpsons and two episodes of American Dad!.

Harper made drama guest appearances in Columbo, Missing Persons, Touched by an Angel, Promised Land, Melrose Place, Family Law, Desperate Housewives, Drop Dead Diva and Signed, Sealed, Delivered. She competed as a contestant in Season 17 of Dancing with the Stars in 2013.

She received Golden Globe Award nominations for her roles in Freebie in the Bean (1974) and Chapter Two (1979). Some of her other film credits included The Last Married Couple in America, Blame It on Rio, Golda's Balcony and Shiver.

Harper began her career on Broadway as a dancer. She made her debut in the musical Take Me Along in 1959. She was nominated for the Tony Award for Best Actress in a Play for her performance as Tallulah Bankhead in the play Looped in 2010. Some of her other theater credits included Wildcat, Subways Are for Sleeping, Something Different, All Under Heaven and The Tale of the Allergist's Wife.

She was interviewed for The Interviews: An Oral History of Television on February 26, 2009.

Ms. Harper was wonderful as Rhoda Morgenstern. Rhoda was one of the best sidekick characters of all time. She won a total of four Emmy Awards for the role. We thank her for the many laughs and entertainment she brought us during our long career. She fought a courageous battle with cancer. She will be deeply missed.

Share your memories on our The Mary Tyler Moore Show, Rhoda and The Hogan Family message boards. View photos in our galleries. 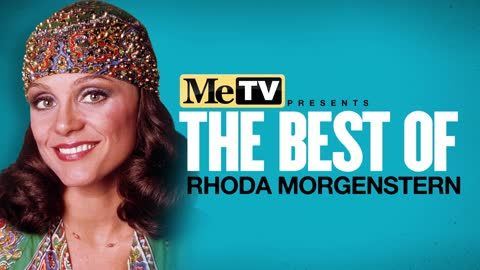 MeTV Network pays tribute to the career of beloved actress Valerie Harper with a special presentation of select episodes from The Mary Tyler Moore Show and Rhoda, airing on MeTV this Sunday, September 8th beginning at 5:00pm ET/PT through 8:00pm ET/PT.

Sunday, September 8, 2019 (All Times are Eastern/Pacific)

5:00pm-5:30pm: The Mary Tyler Moore Show – "Rhoda, The Beautiful"
Rhoda enters a beauty contest but continues to put herself down.

6:00pm-6:30pm: The Mary Tyler Moore Show – "A Girl's Best Mother Is Not Her Friend"
Rhoda's mother visits with the intention of being her daughter's best friend.

6:30pm-7:00pm: The Mary Tyler Moore Show – "Where There's Smoke, There's Rhoda"
Mary and Rhoda are best friends, but can they be roommates too?

Antenna TV honored Valerie Harper this past Sunday (September 1) from 1pm-10pm ET with a special marathon of Valerie (aka The Hogan Family). The series airs regularly late Sunday/early Monday at 3am ET/12am PT.

Decades will present a special tribute to Valerie Harper all week beginning Monday, September 9. Stay with us for further updates. 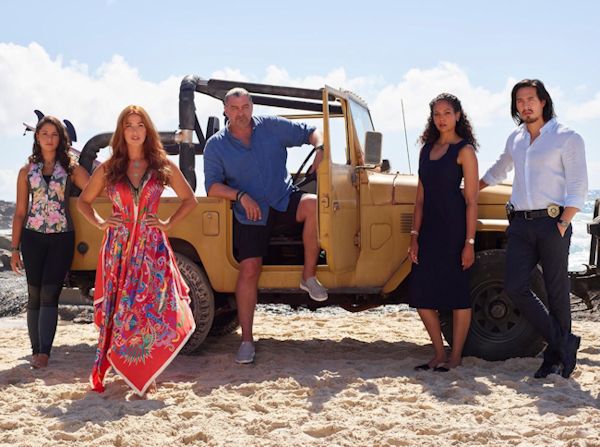 Due to the Democratic Candidates Presidential Debate being extended to three hours on Thursday, Sept. 12, ABC has shifted the finale for summer drama Reef Break to the next night on Friday, Sept. 13 at 9pm (instead of Thurs, Sept. 12 at 10). In the finale, sultry and tough cookie Cat Chambers (Poppy Montgomery) is on the run and fearing for her life and freedom. Hearts are broken and futures are uncertain as Cat faces her toughest case yet - to clear her own name. La La Anthony guest stars as Regina O'Casey in the season finale of ABC's Reef Break, Friday, Sept. 13 from 9:00-10:00 p.m. EDT, on ABC. (TV-PG, SV) Episodes can also be viewed the next day on ABC.com, the ABC app and Hulu.