The new COZI TV January 2015 schedule started yesterday, but of course we already told you about all of the new additions...now we have the timeslot info. Murder, She Wrote, starring the beloved Angela Lansbury, made its triumphant debut on COZI TV on January 2 and is airing Monday through Friday, 3PM-5PM, Friday nights 8PM-11PM and Sundays 7PM-9PM. Daytime gets a big makeover with Bronco (weekdays 8AM), Wyatt Earp (weekdays at 9AM), Zorro (weekdays 11AM-12PM) and Adam-12 (weekdays at noon). There are some additions to late primetime as well, with Dragnet (weeknights 11PM-12AM) and It Takes a Thief (Mondays 10PM). To make room for these new additions, the current daytime and primetime lineups will see significant shifts in air times. Sitcoms will air weekdays from 5-8pm, with an hour each of The Dick Van Dyke Show, Here's Lucy and Make Room for Daddy.

Plus, every weekend, COZI TV us bringing you Stunt Sundays (1PM-5PM EST), giving you more of your favorite shows with back-to-back episodes, changing weekly. COZI TV kicks off Stunt Sunday on January 11 with four episodes of It Takes a Thief. Anyway, view the full COZI TV January 2015 schedule. 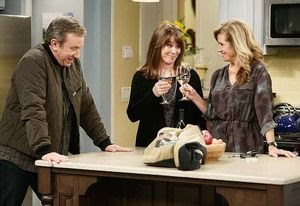 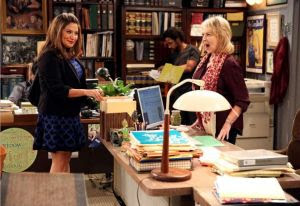 This Friday (January 9), actresses who portrayed iconic moms from two of ABC's history-making series will make guest star appearances back-to-back on current sitcoms Last Man Standing and Cristela from 8-9pm ET/PT. On Last Man Standing, Patricia Richardson is reunited with Tim Allen, where she played his wife on the acclaimed series Home Improvement. In the Last Man Standing episode entitled "Helen Potts," Mike butts heads with his new but noisy neighbor, Helen Potts (Patricia Richardson), for waking up the neighbors with her power tools and fix-it projects. But when Vanessa and Helen become fast friends, Mike decides to interfere. On Cristela, Roseanne Barr plays the soon-to-be ex-wife of Cristela's boss. In the Cristela episode entitled "Veronica," Trent and his wife Veronica (Roseanne Barr) are going through some marital problems and look to soon be separating. Veronica takes an immediate liking to Cristela and offers her a job at her law firm, which specializes in cases that entice Cristela, but will she be able to abandon her loyalties to Trent? Tune in for these two classic '90s moms returning to ABC for one night only!