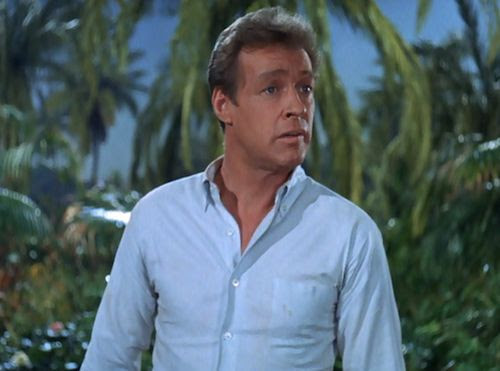 The castaways have lost another beloved member of their crew. Actor Russell Johnson, who became known to generations of TV fans as "The Professor," the fix-it man who kept his fellow Gilligan's Island castaways supplied with gadgets, has died. Johnson died Thursday morning (Jan. 16, 2014) at his home in Washington State of natural causes, said his agent, Mike Eisenstadt. Before Gilligan's Island, Johnson had appeared in dozens of films and television shows. His TV credits included 77 Sunset Strip, Gunsmoke, Rawhide, Wagon Train, The Lone Ranger, The Twilight Zone, Ben Casey, Hawaiian Eye and Death Valley Days. Although he didn't work as often after Gilligan's Island, Johnson remained active into the late 1990s, appearing on such shows as ALF, The Jeffersons, My Two Dads, Dynasty and Newhart.

As far as TV marathon tributes, The MeTV Network will pay tribute to Russell Johnson by featuring four episodes prominently featuring the character Professor Roy Hinkley. Part one aired last night from 8:00- 9:00pm ET/PT (episodes: "Pass the Vegetables, Please" and "Forget Me Not") and part two will air Sunday morning from 11:00am-12:00pm ET/PT (episodes: "Ship Ahoax" and "V For Vitamins"). We will let you know if anything else comes up, as TV Land coincidentally just started airing the series again after a decade. Mr. Johnson will be deeply missed and now we are down to two Gilligan's Island cast members: Dawn Wells and Tina Louise. Mr. Johnson was 89.

Share your memories on our Gilligan's Island message board. View photos in our galleries. 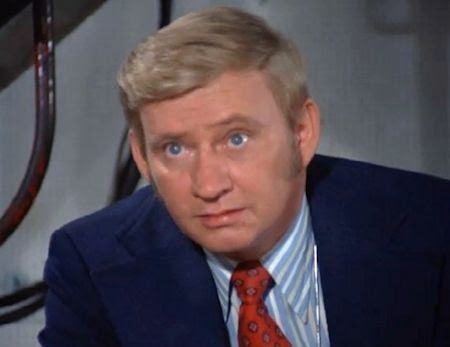 Canadian-born American actor, who was best known for his role as the group's manager Reuben Kincaid in The Partridge Family, has died. He died on January 16 in Jacksonville, Florida of complications of myelodysplastic syndrome. Mr. Madden was 82.

Madden's career in Hollywood began with appearances on The Ed Sullivan Show. His first starring role was as Counselor Pruett in the 1965-1966 NBC sitcom Camp Runamuck. He had a regular role as a milk-drinking, confetti-throwing sad sack on Rowan & Martin's Laugh-In from 1968–1969 on NBC. His other early guest appearances included Accidental Family, Bewitched and Love, American Style.

Madden played the fast-talking, child-hating agent/manager Reuben Kincaid in The Partridge Family. The popular sitcom ran for 4 seasons and 96 episodes on ABC from 1970-1974. He appeared in a 2003 Biography special on the series. The C'mon Get Happy fan site conducted an extensive interview with him in 2009.

He later had a recurring role as Mel's Diner customer and Tommy's basketball coach Earl Hicks in Alice from 1978-1985. His other sitcom guest appearances included Happy Days, Barney Miller, The Love Boat, The New Leave it to Beaver, Life with Lucy, Herman's Head (as the opening narrator), Married with Children, Boy Meets World and Sabrina the Teenage Witch. He released his memoirs, Reuben on Wry: The Memoirs of Dave Madden, in 2007.

Our friends at Just My Show interviewed him in 2007. Survivors include his wife, Sandra Martin; two children from his first marriage, Selena Madden and Michael Fox; a stepdaughter, Alexandra Martin; a sister; and two grandchildren. His characters on The Partridge Family and Alice were very memorable. The scenes with Reuben and Danny were always funny. He will be greatly missed.

Antenna TV will commemorate the life of Dave Madden (Reuben Kincaid) this Saturday, January 18th with a 7-hour Partridge Family marathon beginning at 1pm ET and running through 8pm ET. The following episodes will air: "What and Get Out of Show Business", "They Shoot Managers, Don't They", "Dora Dora Dora", "Home is Where the Heart Was", "Fellini, Bergman & Partridge", "Helllp", "Each Dawn I Diet", "Swiss Family Partridge", "Bednobs and Drumsticks", "Me and My Shadow", "Hate Thy Neighbor", "Reuben Kincaid Lives", "Al in the Family", and "Two for the Show."

Share your memories on our Partridge Family message board. View photos in our galleries.