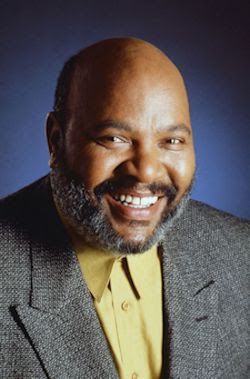 Yesterday we first mentioned to you on Twitter of the passing of sitcom star James Avery and now today we will pay tribute to him. James Avery, who laid down the law at home and on the job as the Honorable Philip Banks in The Fresh Prince of Bel-Air, has died. His publicist, Cynthia Snyder confirmed that Avery died Tuesday (Dec. 31, 2013) in Glendale, CA, following complications from open heart surgery. Alfonso Ribeiro confirmed the passing on Twitter as well. Avery, who stood more than 6 feet tall, played the family patriarch and a wealthy attorney and judge on the popular TV comedy that launched the acting career of Will Smith as Banks' trouble-making nephew. The sitcom, which aired on NBC from 1990 to 1996, was set in the Banks' mansion, where Smith's character was sent from Philadelphia when things got tough in his own neighborhood. Fans came to know the imposing Banks as "Uncle Phil." There was a brief reunion in late 2011 where the cast reunited at a charity luncheon (see Will Smith's photo).

Avery liked to say that the way to be an actor was to act, and he had a busy and diverse career before, during and after Fresh Prince. His TV credits included MANY TV guest stints on Grey's Anatomy, Harry's Law, Sherri, Eli Stone, The Closer, All of Us, That's So Raven, Girlfriends, My Wife & Kids, NYPD Blue, Charmed, That '70s Show, All About the Andersons, Soul Food, Crossing Jordan, Reba, The Division, Judging Amy, Dharma & Greg, The Jamie Foxx, Two Guys and a Girl, CSI, Sparks, In the House, Roc, LA Law, Amen, A Different World, The Hogan Family, 227, Webster, The Jeffersons, Hill Street Blues and Dallas, and among his many films were Fletch, Nightflyers and 8 Million Ways to Die. His voice alone brought him many jobs, notably as Shredder in the animated '80s and '90s TV series Teenage Mutant Ninja Turtles.

According to Snyder, he will be seen in the film Wish I Was Here, directed by Zach Braff and scheduled to premiere later this month at the Sundance festival. He was recently seen on two TV movies that aired on Lifetime: Hunt for the Labyrinth Killer and Call Me Crazy: A Five Film. Avery grew up in Atlantic City, N.J., and served in the Navy in Vietnam in the late 1960s. After returning to the states, he settled in California and studied drama and literature at the University of California at San Diego. He is survived by his wife, Barbara, and stepson Kevin Waters. As of now, no on-air tributes or marathons of The Fresh Prince of Bel-Air are scheduled, but if and when they are, we will be the first to let you know, so stay with us. Mr. Avery was only 68 (or 65 according to some sources). 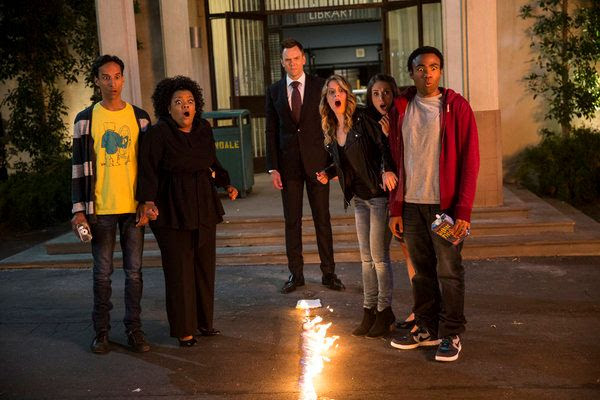 NBC's ensemble comedy lead by Joel McHales returns tonight for its season premiere and airs Thursdays at 8:00pm and we have just watched the two episodes that air tonight (Jan. 2). In the first episode airing tonight, "Repilot," Jeff (Joel McHale) returns to Greendale to help his former law partner gather evidence for a lawsuit, thinking Jeff is planning to help save the school, Dean Pelton (Jim Rash) calls the study group back together. In the second episode airing tonight (8:30pm), "Introduction to Teaching," Professor Hickey (guest Jonathan Banks) helps Jeff (Joel McHale) settle into his new job at Greendale, while Abed (Danny Pudi) convinces the study group to take a class focused on Nicolas Cage.

I'm not sure I've ever been as relieved at a television show as I was when I watched the first two episodes of Community's fifth season. After a turmulous string of events that included the firing of series creator Dan Harmon and the departure of cast member Chevy Chase, the show returned last season a far weaker show than it had been in the past. Other than a select few episodes, the fourth season felt like the show desperately trying to recapture the magic it had under Harmon's run and falling flat on its face. In a surprising turn of events, Harmon was re-hired as showrunner for the shows' 5th season, perhaps because of rallying cries from both the fans and the cast members. But was it too late? Had the damage already been done? If the first two episodes of the season are any indication, then the answer is a confident "no". Community's fifth season feels refreshingly like the show of the old, delivering the big laughs and cutting depth that made us fall in love with it in the first place. 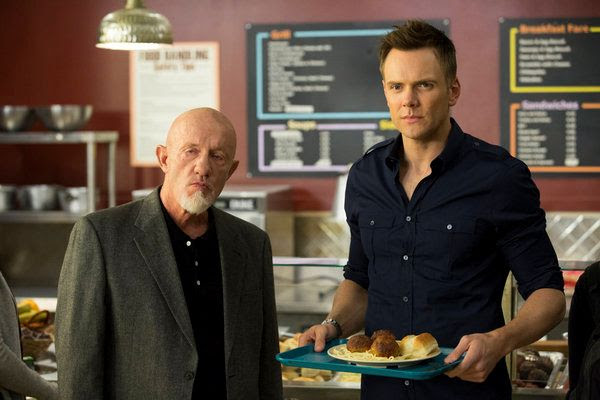 There are lots of interesting things to discuss with these two episodes, but what I found most compelling was the way Community managed to incorporate the feelings of change and uneasiness that viewers have felt with it over the past few years into the show itself. The show has always been aware of how its viewers perceive it, and it uses that awareness to its benefit. That's never been more apparent than in these early Season 5 episodes, which serve as a relaunch for both its viewers and its characters. Significant time has passed in the shows' universe since we last visited (seemingly over a year), and in that time, the study group has graduated and gone their separate ways. This allows the viewers' reunion with the characters to also serve as the characters' reunion with each other, and it allows both the viewers and characters to adjust to the idea of a "repilot" at the same time. This makes it much easier for us to approach some of the more significant dynamic changes that have occurred in the show this year, from the reasons that all of the characters have chosen to re-enroll at Greendale, to Jeff's new teaching position, to new character Professor Nichols (a kind of/sort of Pierce replacement played brilliantly by Jonathan Banks). This realized sense of relaunch, combined with the refreshed dynamics of the show, make the fifth season feel like almost an entirely new show at points. And yet, it still feels far more like Community than anything that aired last year. A-