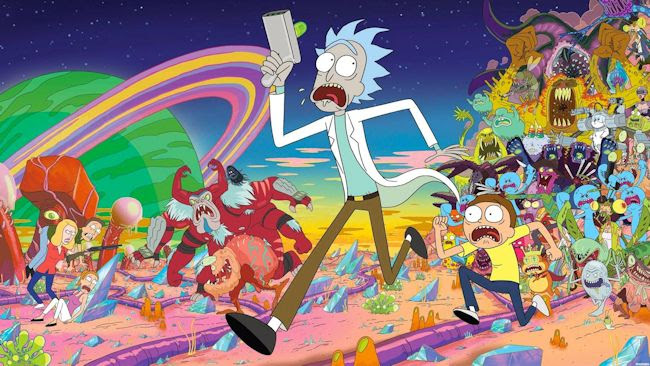 This week, TV internet was abuzz with news that Rick and Morty hasn't been renewed for a fourth season yet. Technically, this isn't really news - Adult Swim hasn't cancelled the series, its fate simply remains on the bubble, just as it has since Season 3 ended in October. And yet, Dan Harmon confirming on Twitter that Adult Swim has yet to pick up the smash hit animated comedy for a fourth season came as a surprise, because I guess everyone just...assumed it had been renewed? To be fair, this includes myself. It makes sense - Rick and Morty is a huge, blockbuster hit for Adult Swim. It's their highest rated series ever. This season averaged about 3 million viewers and a 1.4 in the 18-49 demo. Those are numbers that beat out most primetime network comedies these days, nevermind a late-night series on a basic cable network. Plus, it took two years for the Rick and Morty team to complete work on Season 3, even with an early renewal. (Rick and Morty was picked up for a third season before its second season had even finished airing.) That means that even if Season 4 were picked up tomorrow, it would likely be several years before we saw it on TV. Even stranger is that Season 3 was both Rick and Morty's highest-rated season and arguably its buzziest, what with McDonald's Sczechuan sauce causing a mini national crisis. It would make sense to capitalize on that buzz and try to order up a fourth season as soon as possible. So what's the hold up here?

Well...the internet likes to speculate, and some speculation has been about possible behind-the-scenes tension. After all, it was after its third season that Dan Harmon was fired from Community for disruptive behind-the-scenes behavior. (He was later hired back for Seasons 5 and 6.) There have also been rumors of Roiland and Harmon clashing, and that their clashing is partially what led to the unusually long wait between Seasons 2 and 3. Until we get any details, all of this remains speculation. And if I had to bet, I would bet that Adult Swim won't let their biggest hit ever quietly end with a whimper after only 3 seasons. But it is odd that the network has waited this long to pick the series up for a fourth season given its astronomical success, and the fact that Harmon is freely tweeting about the network's lack of renewal adds to the mystery. I guess us Rick and Morty fans are just going to have to wait and see about what the future holds for the series - but no matter what happens, we'll at least always have those magnificent three seasons that we've already gotten. 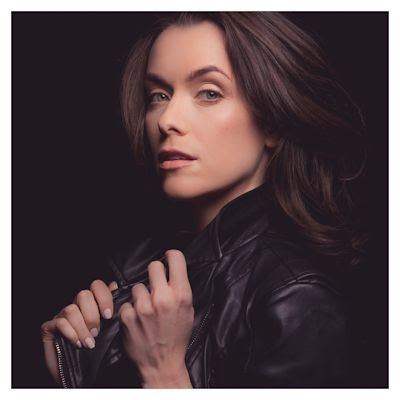 Time for a SitcomsOnline Scoop! Actress Ashlynn Yennie (The Wrong Neighbor, Submission, The Human Centipede) has been cast as the lead in the new thriller film Buried Secrets from Marvista Entertainment, directed by Kenny Gage and Devon Downs. Adam Rockoff wrote the picture with Kimberly A. Ray producing. The Executive Producer is Michael Moran. Also starring in the thriller with Ashlynn are Paige Searcy, Chris McKenna, Garrett Weston and Lofton Shaw. Ashlynn Yennie was last seen in the TV movie thriller The Wrong Neighbor last year that aired on Lifetime, where a recently separated father and his teenage daughter become the deadly obsession of their neighbor (played marvelously by Ashlynn Yennie) -- a beguiling, deranged young woman willing to do whatever's necessary to take her rightful place as their wife and mother. No details yet on the plotline for Buried Secrets, though. There is no premiere date set yet for Buried Secrets, or a network, but usually Marvista Entertainment films air on Lifetime in the U.S. You'll have to stay with us for continued updates on Buried Secrets.