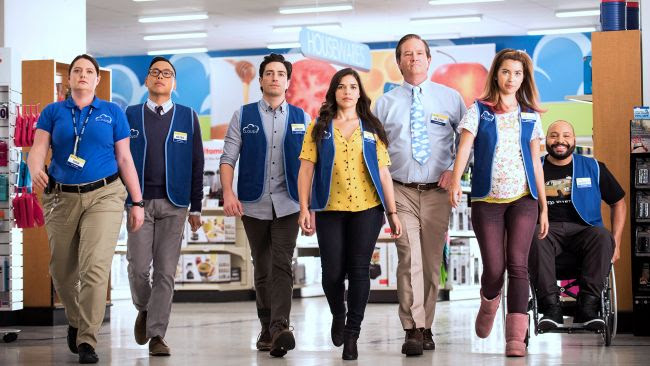 Attention Cloud 9 shoppers: NBC's Monday night comedy Superstore has been renewed for a second season. Season to date, Superstore is averaging a 2.1 rating in adults 18-49 and 6.9 million viewers overall in "live plus seven day" results from Nielsen Media Research, making it NBC's highest rated first-year comedy in two years. So far this season, Superstore is topping eight of the 10 other first-year comedies on the Big 4 networks in both adults 18-49 and total viewers. The comedy also delivers a solid upscale audience, indexing at a 112 among adults 18-49 living in homes with $100K+ incomes (100 represents an average concentration of those homes, "most current" including L+3). NBC has not yet made a decision on fellow freshman comedy Telenovela, starring Eva Longoria.

Superstore, which has received strong reviews for its laugh-out-loud stories about life behind the scenes of a big box retail megastore, features a cast that has been praised for its on-screen chemistry. The series centers around Amy (America Ferrera), the megastore's most stalwart employee as well as the glue holding the place together, and newly hired Jonah (Ben Feldman), a naive dreamer determined to prove work doesn't have to be boring. Their fellow associates include the sardonic Garrett (Colton Dunn), the ambitious Mateo (Nico Santos) and the sweet pregnant teenager, Cheyenne (Nichole Bloom). Overseeing them all are Glenn (Mark McKinney), the store's affable, clueless store manager, and Dina (Lauren Ash), the aggressive assistant manager who lives by a very specific code - namely the store's employee handbook. From the bright-eyed newbies and the seen-it-all veterans to the clueless summer hires and the in-it-for-life managers, together they hilariously tackle the day-to-day grind of rabid bargain hunters, riot-causing sales and nap-worthy training sessions. 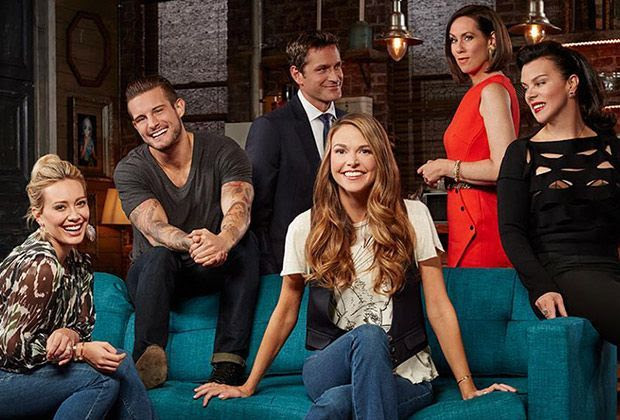 More than halfway through the second season, TV Land comedy Younger continues to be a must-see with fans and critics alike, hitting series highs with women and total viewers, and matching a series high with adults. With a recent renewal for season three and its second season finale closing in on Wednesday, March 23 at 10pm ET/PT, this "TV Land success story" (The New York Times) shows no signs of slowing down. Last week's episode (2/17/16) scored series highs, with a 1.2 rating with Women 25-54, a 1.1 rating with Women 18-49, and a 0.7 with Adults 18-49, with 1.2 million total viewers (all data L+3). The current season is pacing +81% among Adults 25-54 and +67% among Adults 18-49 versus the season one average (all data L+3). Consistently done well on iTunes, ranking in the Top 10 Comedy Seasons every day since the first two episodes launched (1/14/16) and has ranked as high as #1 (1/15/16). Season two VOD orders are up +22% versus the same point in season one. Instagram, Twitter and Facebook are also seeing climbing numbers for the series, with a +23%, +19% and +11% increase in followers, respectively, on the show's social media pages.

Younger follows Liza (two-time Tony® winner Sutton Foster), a 40-year old woman who pretends to be 26 in order to get a job in the highly competitive world of publishing – and succeeds. Now working under the prickly Diana (Miriam Shor), Liza has to figure out how to balance her real life with best friend Maggie (Debi Mazar), and her "pretend" life with her new crew – friend/coworker Kelsey (Hilary Duff), fashion publicist Lauren (Molly Bernard) and the always-sketchy Thad (Dan Amboyer), Kelsey’s boyfriend. After Liza let her secret slip to sexy young tattoo artist Josh (Nico Tortorella) at the end of the first season, she now must try to salvage their relationship, all while navigating a confusing chemistry with her boss Charles (Peter Hermann). The series is written and executive produced by entertainment icon Darren Star (Sex and the City).