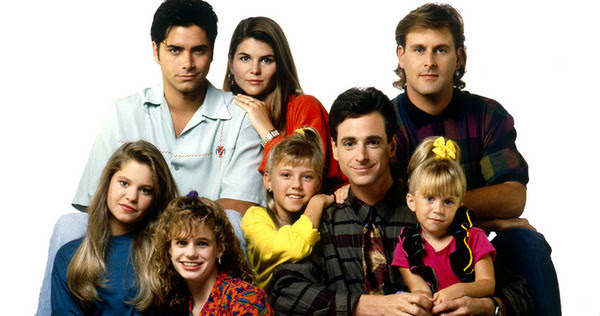 Before Full House gets even "Fuller," tune in all this week to Nick at Nite to see how it all began every night this week! Reminisce about the times you laughed and cried together started last night (Monday, February 22 at 9pm ET/PT) and ends Sunday, February 28 at 12am ET/PT with the two-part series finale. It's 9pm-12am each night this week thru Sunday. Tune in for some of the most unforgettable episodes, starting off with the very first, where we meet the Tanner family and see how Danny (Bob Saget) and his two friends – brother-in-law Jesse (John Stamos) and childhood buddy Joey (Dave Coulier) – come together to take care of Danny's three daughters – DJ (Candace Cameron Bure), Stephanie (Jodie Sweetin) and Michelle (Mary-Kate and Ashley Olsen). Throughout the week, don't miss Jesse serenade Becky (Lori Loughlin) with his famous version of "Forever" by the Beach Boys during their wedding, appearances by annoying but loveable neighbor Kimmy Gibbler (Andrea Barber), Stephanie driving Joey’s car into the kitchen, and wrap up the series when DJ goes to prom with Steve (Scott Weinger) and Michelle gets temporary amnesia after a horseback riding accident! 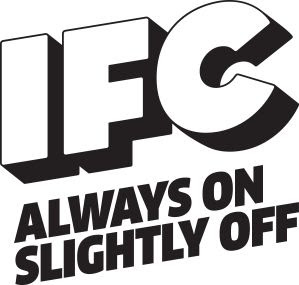 IFC has greenlit scripted comedies Stan Against Evil from creator and writer Dana Gould, and 3Arts Entertainment, and Brockmire, from Funny Or Die, starring and executive produced by Hank Azaria. Both series received eight episode orders and join the comedy network's groundbreaking and provocative slate of original programming in late 2016, and early 2017 respectively.

Comedic horror genre series Stan Against Evil follows Stan, a perpetually disgruntled former sheriff of a small New England town who was forced into retirement. Stan has trouble relinquishing his authority to Evie, the tough and beautiful new sheriff in town, but they form an unlikely alliance when both begin to realize things are not quite right. Together, they valiantly fight a plague of unleashed demons that have been haunting the town, which just happens to be built on the site of a massive 17th century witch burning. Stan Against Evil is slated to air in the fall of this year. Dana Gould (The Simpsons, Parks and Recreation) will executive produce and write, with Tom Lassally (Silicon Valley) also serving as executive producer. Radical Media (What Happened, Miss Simone?, MARS) will produce the series with Frank Scherma and Justin Wilkes executive producing.

Hank Azaria will star as Brockmire, a famed major league baseball announcer who suffers an embarrassing and very public meltdown live on the air after discovering his beloved wife's serial infidelity. A decade later, Jim Brockmire decides to reclaim his career and love life in a small town, calling minor league baseball for the Morristown Frackers. Brockmire originally appeared as a viral short video on the award-winning comedy website Funny Or Die. The series is written by Joel Church-Cooper (Undateable) and will be directed by Tim Kirkby (Veep). It will be executive produced by Azaria, Church-Cooper, Kirkby and Funny Or Die's Mike Farah and Joe Farrell. Brockmire will air on IFC in early 2017.