Welcome to SitcomsOnline Digest! This week, we've got news about a marathon that will be even longer than FXX's Every Simpsons Ever marathon, news about the new season of Community, and a few complete series announcements. Let's get going! 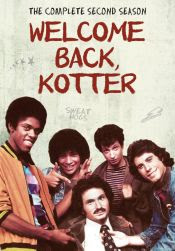 
Who to Follow: Kim Fields (Twitter), "Actress, Producer, Award Winning Director, Filmmaker, Wife, and Mom. Dir. for TP Studios, and Author. Follow me on Instagram: The_OfficialKimFields"
Claim to Fame: With last week's release of The Facts of Life - The Complete Series and featuring of Mindy Cohn last week (and Lisa Whelchel in the past as well), it only seemed fitting to feature another star from the series this week. Kim Fields actually got her start on another sitcom, Baby, I'm Back, which starred Demond Wilson, Denise Nicholas, and Helen Martin. But it was The Facts of Life that she was best known for, where she played Tootie for the entire run. She was also fortunate enough to be a sitcom star as an adult in the series Living Single, where she remained for all five seasons of that series as well. These days, she occasionally continues to act, but has turned much of her talent into directing episodes of TV series.
Pick of the Tweets: "I will forever love you ladies @MindyCohn @LisaWhelchel" (August 24, 2014)
Skees -- SitcomsOnline.com at 3:00 PM
Share
‹
›
Home
View web version