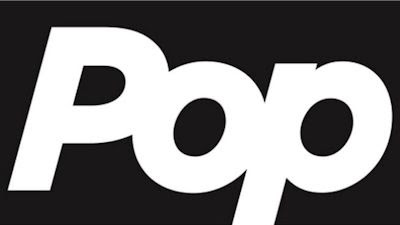 Pop, previously known as TVGN, officially rebranded on Jan. 14, 2015, and announced four new projects in development that embrace the network's brand promise of celebrating the fun of being a fan. The projects include a comedic, candid interview series with celebrities recounting how they lost their virginity, from executive producers Morgan Spurlock and John Stamos; a docu-series starring top syndicated and Z100 radio host Elvis Duran; a reality series pairing celebrities and inventors to create and launch a product line; and a stage comedy series with talent recounting their worst or most embarrassing life moments. Let's go overall four. First up is Losing It from Morgan Spurlock and John Stamos. Based on the popular Yahoo! web series, this celebrity-hosted television series will capture sit-down interviews with stars as they recount their unforgettable and often hilarious real-life stories of losing their virginity. Bits are recreated by puppets, animation, live action and claymation leading up to and following the big event.

Next is an Elvis Duran Project. Elvis Duran, one of the most listened-to syndicated radio personalities in the U.S. and host of his own show on Z100 in New York (Elvis Duran and the Morning Show), is the subject of a docu-series that follows Elvis and his employees both at work and play. The series will feature superstar guests and platinum selling artists who stop by the radio show, road trips with fans, and best moments from fan-fueled music festivals and live events. The third project is Celebrity Inc. It pairs celebrities with their dream product and an aspiring inventor to showcase the ultimate product launch and illustrate the power of celebrity endorsement. In each episode, a different celebrity is featured while teaming up with top product development company Edison Nation, LLC to identify the most talented aspiring inventors. After spending a week in product development camp, the inventors pitch their product to the celebrity, and one person is chosen to have their product launched, with the celebrity's name attached, in stores nationwide and online. And finally, our pick of the four is Worst Ever. A handful of celebrities take the stage in Worst Ever to recount their hilarious, embarrassing and sometimes shocking "Worst Ever" scenarios such as a date, audition, break-up, fight, family dinner, sexual encounter or interview. Hosted by actress Christine Lakin (Step by Step), and based on her and Alec Ledd's live stage show in Los Angeles, the series is a wry, candid and honest look at how celebrities aren't immune to life's most awkward moments.

Which of these will make it to series? We'll let you know. Maybe one or two or all four? We're rooting for our friend Christine Lakin and Worst Ever! Stay tuned!


The 21st SAG Awards were held last night on TNT & TBS. Here were the winners from the ceremony: