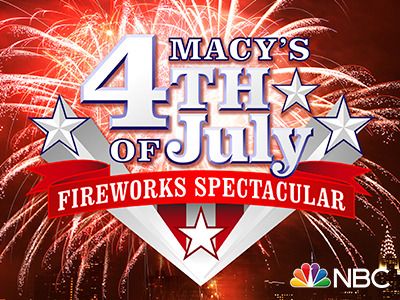 Today is the 4th of July so Happy 4th of July to all of you out there! We hope you enjoy the day off on our country's birthday! It's time to relax and watch some TV on this holiday! We are known for letting you know what marathons are airing on TV on holidays and we will do the same for this 4th of July as well! So, bring out your beach towel, BBQ some hot dogs, and stay cool indoors and watch some television!

Key marathons include The Andy Griffith Show on TV Land from 9am-8pm. Sundance will also be airing The Andy Griffith Show from 6am-12pm. VH1 airs Martin from 4am-8am and The Fresh Prince of Bel-Air from 8am-3:50pm. BET offers 12 hours of Girlfriends from 7am-7pm. Comedy Central will have a marathon of The Office from 9am-12am. IFC has Two and a Half Men starting at 3pm to 4am. Aspire will air the sketch comedy series In Living Color from 10am-6pm. They follow with My Wife and Kids from 6pm-1am. Vice will have a marathon of It's Always Sunny in Philadelphia from 8am Thursday to 6am Friday. MTV airs their comedy clip show Ridiculousness starting at 6am.

As we mentioned last week, JAG joins the WGN America lineup with a two-day "JAG of July" marathon on Thursday, July 4 and Friday, July 5 starting at 9am ET/8am CT. It wouldn't be the 4th of July without a Twilight Zone marathon. Decades TV is back again this year with the Rod, White & Blue Twilight Zone Marathon with 42 episodes starting at 7am. TBS airs Claws from 2:30pm-6:30pm. ION Television will have Chicago P.D. from 7am-3am. Catch up with The Walking Dead on AMC from 9am-3:10am. Pop airs Beverly Hills, 90210 beginning at 10am to 6pm. Netflix drops the third season of Stranger Things.

Other marathons of note include Dr. Phil on OWN from 5am-4pm. OWN follows with 20/20 from 4pm-4am. CNBC presents Million Dollar Listing Los Angeles from 5:30am-1pm. HGTV has Fixer Upper from 8am-1pm. Extreme Homes airs on GAC from 6am-6pm. Bravo airs Below Deck from 6am-7pm. Oxygen takes care of true crime fans with Cold Justice from 6am-12pm and Buried in the Backyard from 12pm-6pm. ID offers In Pursuit with John Walsh from 6am-12pm. TruTV airs Impractical Jokers from 7:30am-10pm. Finding Bigfoot will air on Animal Planet from 6am-6pm.

Firweworks in primetime are NBC's Macy's 4th of July Fireworks Spectacular, which are co-hosted by Derek Hough and Ciara from 8-10pm (with an abbreviated encore at 10pm). John Stamos hosts A Capitol Fourth, a celebration of America's 243rd birthday with a concert on the west lawn of the U.S. Capitol on PBS at 8pm (encore at 10pm). Bring out your lawn chair, throw some burgers on the BBQ, and watch some television!