Fri-Yay: Why Netflix Should Renew One Day at a Time; Freeform Sets Date for Final Season of Sitcom, and Orders a Movie 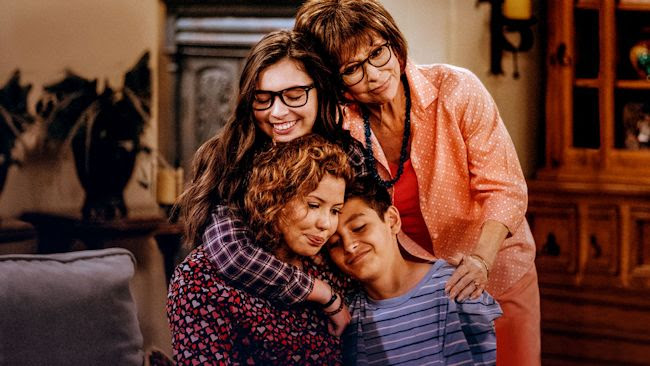 A few weeks ago, I praised the Netflix original sitcom One Day at a Time for its diverse cast, excellent use of multi-camera sitcom aesthetics, strong characterization and deft take on social issues. Since then, an internet grassroots movement of sorts has formed around the show, as its creators have revealed Netflix is on the fence about renewing the show for a third season. Honestly, I was shocked when I heard this. One Day at a Time is a strong candidate for the best original series Netflix has ever created (in my mind, only BoJack Horseman gives it a run for its money), so the fact that the streaming giant is considering scrapping the show after two seasons takes me by surprise.

Until about a year ago, Netflix didn't cancel anything. Even shows seemingly no one was talking about, from the lukewarm Will Arnett sad-com Flaked to the critically panned horror series Hemlock Grove, received second and, in some cases, additional seasons. Netflix was trying to build its empire, and it wasn't willing to count out anything as helping to build its empire. But finally, over the past year, Netflix has swung the axe on a few shows that weren't catching fire the way they had hoped, from YouTuber Miranda Sings' Haters Back Off (which had initial hype but saw it fade quickly) to the timidly received Girlboss to more disappointing cancellations like fan favorite sci-fi series Sense8 (which Netflix unexpectedly axed after two seasons, but did get a promise of a wrap-up special after widespread fan outcry.) It makes sense that a show like Girlboss, which was disliked by critics and never seemed to find much of an audience, isn't continuing. But considering Netflix does not release ratings, and their revenue comes from new subscribers rather than ad rates, what would be the sense in cancelling a well-loved show from a classic sitcom ureter like One Day at a Time? The series brings critical acclaim and star power to Netflix, something that certainly helps push forth their brand as a home of prestige television.

In addition, there is no show on TV quite like One Day at a Time. Its multi-camera aesthetic, its depiction of Cuban Americans unlike anything else on TV perhaps ever, its excellent handling of its bi-sexual teenage daughter character Elena and her LGBT friends, its warm heart and well-written jokes, its wonderful cast...One Day at a Time is an absolute gem of a TV show, one of the few revivals that matches (or arguably even tops) its original series and makes this revival trend seem far more worthwhile. The fact that Netflix gives multi-season renewals to Fuller House but leaves One Day at a Time on the bubble is, frankly, a disgrace. When it first started, Netflix seemed like the last great hope of excellent TV, and a place where it could thrive without the commercial pressure of ratings. Hopefully it can remain that way and keep a gem like One Day at a Time around as long as it deserves to be. 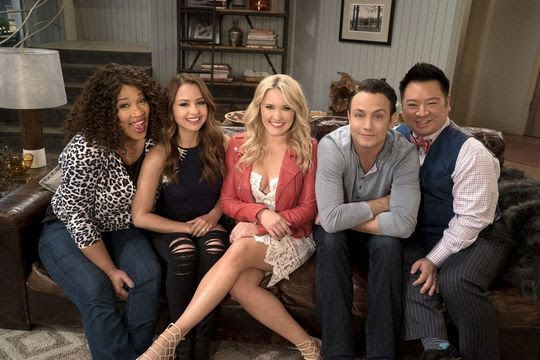 Freeform announced fan-favorite comedy series Young & Hungry will return for its final season on Wednesday, June 20 at 8:00 PM EDT/PDT. The final season (5B) sees Gabi and Josh finally together and in love, but now navigating their new status as a full-fledged couple. Meanwhile, the rest of Josh's staff, Yolanda and Elliot, are grappling with the change in work dynamic with Gabi as the "woman of the house." Sofia, Gabi's best friend, who begins to feel like a third wheel with the new couple, sets out on her own path to find love.

Additionally, Freeform has ordered into development a Young & Hungry movie, from the same series creative team including David Holden, Caryn Lucas, Ashley Tisdale, and Eric and Kim Tannenbaum, that will further the adventures of Gabi, Josh and their circle of friends. Young & Hungry is produced by Holden, Lucas, Tisdale, Jessica Rhoades and Eric and Kim Tannenbaum in association with CBS Television Studios. Gabi Moskowitz, of BrokeAssGourmet.com, is a San Francisco-based food blogger and contributed to the development of this project. The series stars Emily Osment, Jonathan Sadowski, Aimee Carrero, Kym Whitley and Rex Lee.