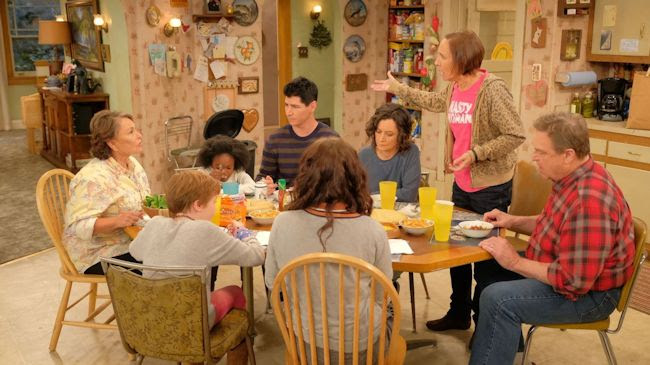 Tuesday night, Roseanne returned to ABC after over 20 years, and in doing so it set both the internet and TV airwaves on fire. Roseanne's premiere scored 18.4 million viewers and a 5.2 in the demo. That's the best rating for an entertainment series all season (aside from the post-Superbowl episode of This Is Us) and the best ratings point for a sitcom in six years - and given ratings decline, arguably the most impressive ratings point for a sitcom in over a decade. The show, much like its original run, also has been causing some controversy among those who question whether someone like Roseanne Barr, who in recent years has spouted some fairly divisive opinions on her social media accounts and in interviews, should be given such a huge platform. Additionally, many fans of the original series have taken issue with the fact that Roseanne's character is being portrayed as a Trump supporter, when in the original series she seemed like a generally progressive woman advocating for topics such as female and LGBT rights. Needless to say, the Roseanne premiere is sparking a lot of interest, a lot of controversy, and a lot of chatter in general - much like the original run of the series.

While I don't personally agree with Roseanne's real-life politics, I think the show is an excellent way to portray our current political divide in the country. By showing a real family rift caused by the 2016 election and the messy political arguments that came after (and, in many ways, led to the election), people on both sides of the political coin may be able to consider viewpoints aside from their own, and do so while laughing along to a generally funny, well-written and well-acted sitcom. I've highlighted shows like One Day at a Time and The Carmichael Show several times in this column, which in many ways seemed to contribute to a television landscape where a show like Roseanne that deals with controversial topics in funny ways could thrive. And the Roseanne reboot, based on its strong first two episodes, has the potential to live up to these series in its boldness. It may not always be a comfortable viewing experience, but maybe that's what we need right now - to be removed from our comfort zones. Given Roseanne's blockbuster ratings, it seems that this might be exactly what American TV audiences have been craving. 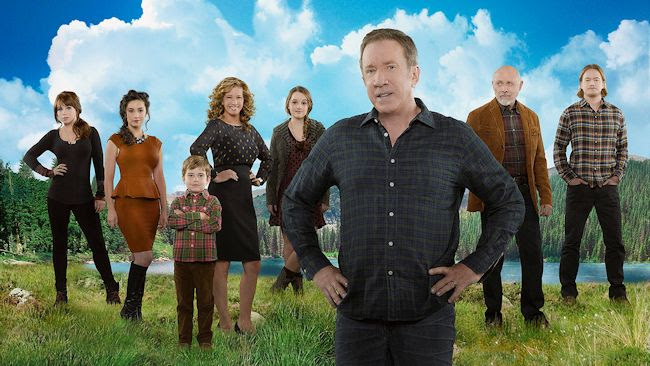 WGN America announced it is expanding its slate to include the popular family sitcom Last Man Standing. The network will be adding the Tim Allen (Home Improvement, Toy Story) comedy to its programming schedule, starting Monday, April 30, 2018. The sitcom has been popular in reruns airing in local broadcast syndication, CMT and Freeform. It will continue on all those outlets when WGN America starts airing it, as we believe WGN has gotten Hallmark's rights, which stopped the series in late 2017. From 20th Century Fox Television and distributed by Twentieth Television, Last Man Standing follows the life of Mike Baxter (Tim Allen), hilarity-ensuing family man and the marketing director for an iconic outdoor sporting goods store. While Mike is "king of the hill" at work, he's the odd man out in a home that is dominated by strong-willed women -- namely his wife, Vanessa (Nancy Travis), and their three daughters, 20- year-old Kristin (Amanda Fuller), 17-year-old Mandy (Molly Ephraim) and 13-year-old Eve (Kaitlyn Dever). After being a stay-at-home mom for years, Vanessa recently returned to the workplace, requiring Mike to be more hands on than he's ever been before.