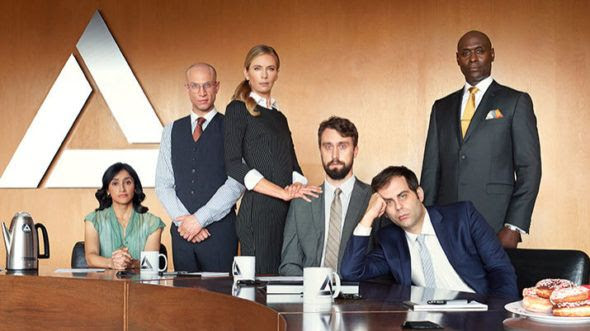 One of the new sitcoms that I've been enjoying the most is Comedy Central's Corporate, a dark satire of Corporate America that has some of the most pitch black humor I've ever seen on television. A warning, though: if you're not a fan of humor that sometimes...pushes the envelope a little bit, Corporate might not be for you. It's an absolutely scathing takedown of corporations in modern American society, and one of the more painfully accurate portrayals of what it's like to be a soulless worker of a giant company on TV. In many ways, it reminds me of Better off Ted, a short-lived "cult classic" sitcom from the late 2000s that served as a fairly biting satire of working in a corporate office and some of the more ridiculous antics of office middle management types.

However, Corporate goes even darker than Better off Ted. Its main characters freely admit that they hate their lives and "kind of want to die" most of the time. Almost nothing goes right for any of the characters of the series - essentially no one is happy, even the company's ultra-rich CEO, who comes into meetings perpetually angry and always wanting more money. It's the kind of show where I almost can't watch too many episodes in a row because its tone is so bleak, and yet, it's also a show that has me laughing consistently. Corporate isn't for everyone, but if you like dark and irreverent satire, it's absolutely worth a show - and it was just renewed for a second season. 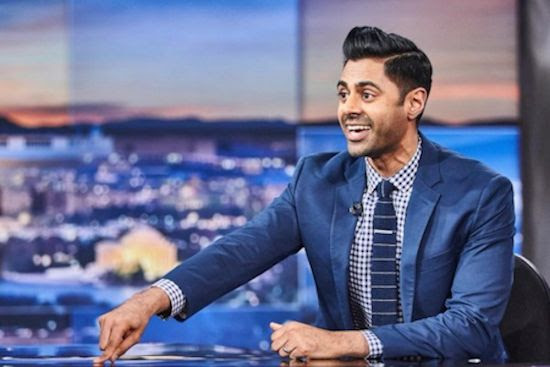 Hasan Minhaj is set to host his own weekly talk show on Netflix that will debut later this year. Netflix has committed to a 32 episode order, making Minhaj the first Indian-American host of a weekly comedy talk show. Minhaj's comedy show will explore the modern cultural and political landscape with depth and sincerity. Each week, Minhaj will bring his unique comedic voice and storytelling skill to investigate the larger trends shaping our fragmented world. Last year, Minhaj earned rave reviews for his one-hour Netflix comedy special Hasan Minhaj: Homecoming King, and for his performance hosting the 2017 White House Correspondents' Dinner. He joined The Daily Show with Jon Stewart, where he was Jon's last hire, in November 2014 as a correspondent and continued on in that role after Trevor Noah took over as host the following year. He will remain with The Daily Show through the end of July, before beginning work on this new project.