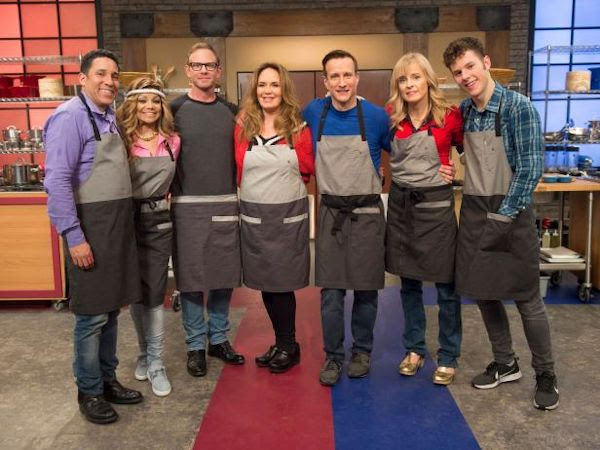 Worst Cooks in America: Celebrity Edition is back on Sunday, April 15 at 9pm (all times ET/PT) with a new star-studded cast of cooking disasters who are determined to improve their kitchen game, including sitcom stars of past and present. In the six-episode season, food masters Anne Burrell and Tyler Florence each lead a team of recruits through an intense culinary boot camp where only the most improved cook is left standing and wins $25,000 for the charity of their choice and bragging rights for their team leader. This season's celebrity recruits are: Catherine Bach (The Dukes of Hazzard), Maria Bamford (Lady Dynamite), Nolan Gould (Modern Family), La Toya Jackson, Oscar Nunez (The Office), Bronson Pinchot (Perfect Strangers) and Ian Ziering (Beverly Hills, 90210).

In the first episode, Anne and Tyler immediately throw the celebrity recruits into their first challenge after they arrive. They must cook their signature dishes so the chefs can assess their skills, or lack thereof, in the kitchen. Then the chefs teach the celebrities how to make a Hollywood-worthy breakfast dish, which proves to be disastrous for these clueless cooks. After Anne and Tyler choose their teams, the celebrities are anxious to officially start their culinary training. Upcoming episodes feature a fish and chips challenge, pizza-from-scratch battle, guest appearance from last season's runner-up Melissa Peterman and an "Aluminum Foil Chef" competition. In the finale on Sunday, May 20th at 9pm, the two most improved recruits must cook a restaurant quality meal for guest judges Rocco DiSpirito, Cady Huffman and Aarthi Sampath, who will decide which one takes home $25,000 for the charity of their choice and bragging rights for their team leader. 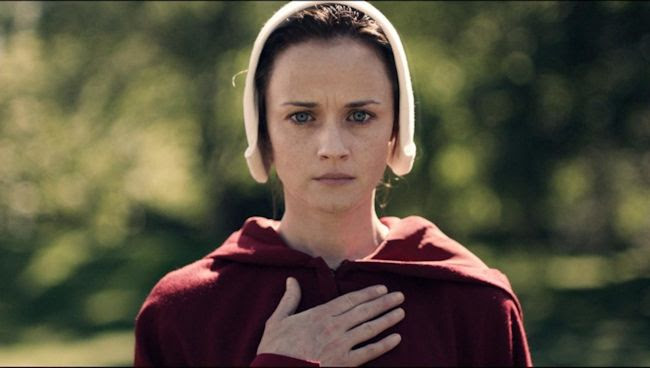 Alexis Bledel is joining the second season of The Handmaid's Tale. The series will launch on Hulu on April 25 with two episodes, and continue thereafter with one episode a week for a total of thirteen episodes. Alexis plays Emily, a college professor who was a mother married to another woman before the war, has endured horrific punishment as Offred's Handmaid companion Ofglen. Cynical and hell-bent on revenge, she still treats the victims of Gilead with tenderness and compassion. The Emmy-winning drama series returns with a second season shaped by Offred's pregnancy and her ongoing fight to free her future child from the dystopian horrors of Gilead. "Gilead is within you" is a favorite saying of Aunt Lydia. In Season Two, Offred and all our characters will fight against - or succumb to - this dark truth.