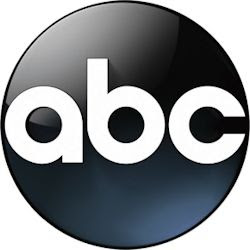 ABC was up next at the TCA Winter 2015 Press Tour yesterday and we have the full scoop! ABC announced the premiere date today for the new half-hour reality series Repeat After Me, hosted by The Goldbergs star Wendi McLendon-Covey and inspired by a highly successful signature segment from the Emmy®-winning daytime talk program The Ellen DeGeneres Show. Repeat After Me will premiere Tuesday, February 17 at 8:30pm ET/PT on ABC, paired with new comedy Fresh Off the Boat. In Repeat After Me, McLendon-Covey will instruct her celebrity friends, via a remote ear piece, to interact with everyday people in high-energy, comedic hidden-camera situations. At the end of each half-hour episode, the best moment of the night will be crowned in front of a live studio audience. The pilot episode stars Ellen Pompeo (Grey's Anatomy), Taye Diggs and Harry Connick, Jr. ABC also announced the premiere dates for the 10 year anniversary edition of Dancing with the Stars, premiering Monday, March 16 from 8:00-10:01pm ET and a special 25th anniversary episode of America's Funniest Home Videos, airing Sunday, February 15 at 7:00pm ET.

Dancing With the Stars returns for its 20th season with an all-new celebrity cast-- to be announced at a later date -- who will brave the dance floor for the first time. Each week, these celebrities will leave their comfort zones and endure hours of grueling rehearsals to master technical choreography and entertaining performances. In the end, only one star will rise above the rest to be crowned champion and win the coveted mirror-ball trophy. In honor of America's Funniest Home Videos' 25th anniversary, ABC will celebrate the milestone with a special event, AFV's 25th Anniversary Celebrity Celebration. Celebrity guests from ABC's hit comedies, including Anthony Anderson and Tracee Ellis Ross from black-ish and Cristela Alonzo from Cristela, will join AFV host Tom Bergeron to watch the best clips from the past 25 years. 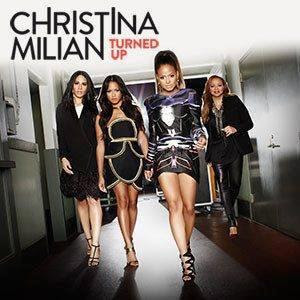 Christina Milian (Be Cool, Dancing with the Stars, Christmas Cupid) is cranking up the volume for E! As part of this loud, loving, opinionated and multi-talented Cuban-American family, Christina Milian has always been the focus, often to the consternation of her two sisters, Danielle and Lizzy. Now, Christina is learning how to share the spotlight, and this all-new E! docu series Christina Milian Turned Up, follows Christina as she reinvigorates her music career with a new label, a new sound and a new look, all while raising her young daughter Violet with help from mom Carmen and sisters Danielle and Lizzy. This season is all about family when middle-sister Danielle tries to balance a new marriage and motherhood; baby sister Lizzy begins a new chapter as a trained culinary chef and converts to Orthodox Judaism, and Carmen attempts to find a happy medium managing Christina’s professional life while keeping a very close watch over her entire family. Christina Milian Turned Up premieres this Sunday, January 18 at 10:00pm on E!

In the season premiere, Christina heads to New York to find style inspiration at fashion week. Danielle struggles with her marriage to Richard and the couple gets into a blowout fight at Carmen's birthday party. Christina adjusts to living with Lizzy and her Orthodox lifestyle. Catch Christina today on The Wendy Williams Show - check your local listings for time and station. Catch Christina Friday on Varney & Co on Fox Business and HuffPost Live at 4pm. She will also be doing New York press today and Friday, including New York Live today at 12:30pm on WNBC.