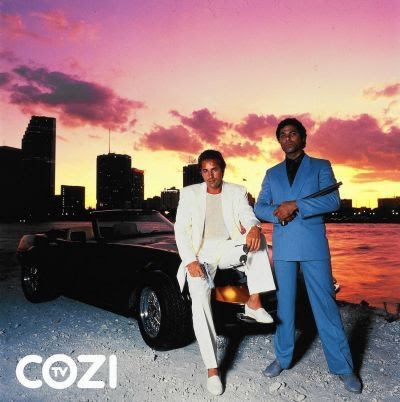 Miami Vice, the groundbreaking '80s NBC crime drama series starring Don Johnson as James "Sonny" Crockett and Philip Michael Thomas as Ricardo "Rico" Tubbs, makes its debut on COZI TV on Sunday, March 1. Following a day-long Miami Vice marathon that Sunday from 1pm-5pm ET, the show will air regularly on COZI TV Monday-Friday at 11pm ET and Saturdays at 8pm and 9pm ET. The series originally ran for five seasons on NBC from 1984–1989. COZI TV currently is airing Dragnet in the 11pm hour. We will let you know soon what other changes COZI TV will make as a result of the addition of Miami Vice.

Miami Vice was set in its namesake city of Miami and dealt with hardcore themes such as drug peddling and prostitution. Many well-known bands and artists of the time contributed their music and its exposure on the show was known to increase record sales. Meanwhile, the clothes worn on Miami Vice also had a significant influence on men’s fashion at the time. Don Johnson’s typical attire of European sport coat, T-shirt, white linen pants and sockless loafers became wildly popular. Even Crockett's perpetually unshaven appearance inspired a men's fashion trend, making the sporting of a small amount of beard stubble de rigueur. In an average episode, Crockett and Tubbs wore five to eight outfits, appearing in the pastel shades associated with the Art Deco style found throughout Miami. 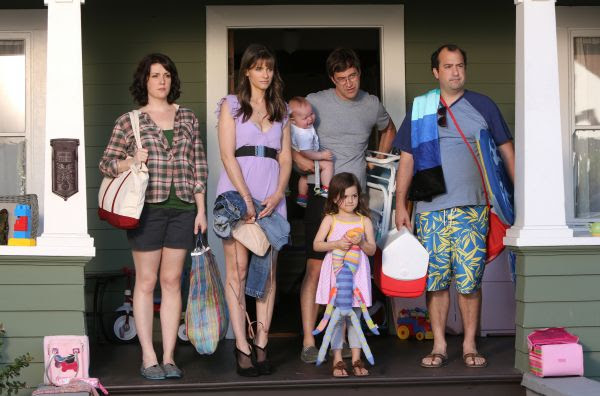 HBO has picked up a second season of its new comedy Togetherness after just three airings. The series is currently in the middle of its premiere season airing Sundays at 9:30pm. The half-hour comedy is set to begin production on its second season this year in Los Angeles for debut in 2016. Togetherness follows two couples living under one roof on the fringes of Los Angeles. Brett and Michelle are struggling to rekindle the spark in their relationship, which has puttered out from the stresses of marriage and children. When Brett's friend Alex and Michelle's sister, Tina, move in with them, the foursome engage in a tragically comedic struggle to follow their personal dreams, while still remaining good friends, siblings and spouses to each other. The comedy stars Mark Duplass as Brett Pierson, Melanie Lynskey as Michelle Pierson and Amanda Peet as Tina Morris.