Last summer we announced that Antenna TV had acquired many series for 2015. Now some of them are launching right now in January! In fact, the new Antenna TV January 2015 schedule starts today. Six of the eleven series they announced are joining the schedule. The series joining the line-up are Leave it to Beaver, Mr. Belvedere, Newhart, Doogie Howser M.D., Small Wonder and Evening Shade (one note is that Leave it to Beaver is returning to Antenna TV after airing on MeTV). So you'll have to wait later this year for the other series: The Jeffersons, Mork & Mindy, One Day at a Time, Family Ties, and Dear John. Anyway, back to the January 2015 schedule, as always there are a lot of time changes. Hazel is also returning to the schedule (airing weekdays 9-10am), while The Ropers and Three's a Crowd get regular weekend airings now (Saturdays 6-7pm and Sundays 12-1pm) instead of airing within the Three's Company rotation. Also returning to Antenna TV is The Three Stooges, airing Sundays 7-8am. As for the new series, Leave it to Beaver will air weekdays from 4-5pm, Saturdays 5-6pm and Sundays 2-3pm. Mr. Belvedere will air weekdays from 5-6pm, Saturdays 11pm-12am and Sundays 6-7pm. Newhart launches tonight with a special finale/pilot episode event, with the series finale airing first at 10pm, followed by the pilot episode at 10:30pm. The Bob Newhart '80s comedy will air weekdays 10-11pm and weekends 9-10pm. Doogie Howser M.D. will air late nights on weeknights from 2-3am, Saturdays 10-11pm and Sundays 7-8pm. Small Wonder and Evening Shade will only air on weekends, with Small Wonder on Saturdays 3-4pm and Sundays 5-6pm. Evening Shade is weekends from 8-9pm.

With all of these additions and returns, some series will be leaving the schedule. Expiring or on hiatus series are: Alfred Hitchcock Presents, Bachelor Father, Diff'rent Strokes, Flipper, It Takes A Thief, Married...with Children, Partridge Family, Sanford And Son, The Nanny and Tooned In. The weekday morning schedule will consist of black and white sitcoms from 6am-5pm, while the '70s/'80s comedies take over from 5pm-3am. The Saturday primetime line-up features the new '80s additions, as does Sundays from 5pm-9pm. View and discuss the entire Antenna TV January 2015 schedule so you don't miss any of your favorites! 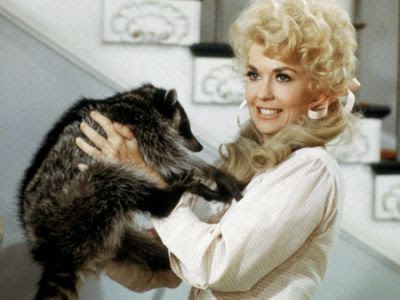 Actress Donna Douglas, best known for her role as Elly May Clampett in The Beverly Hillbillies, has died. She died at Baton Rouge General Hospital in Zachary, Louisiana on January 1 from pancreatic cancer. Ms. Douglas was 82. 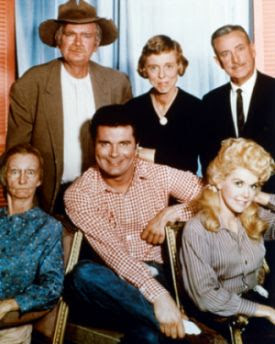 Some of her later television appearances included Night Gallery, Love, American Style, Adam-12, McMillan & Wife, Project U.F.O., The Super Mario Bros. Super Show! and The Nanny. Following her acting career, she briefly worked as a real estate agent. She frequently performed as a gospel singer and was an inspirational speaker at many church groups, youth groups and schools. Douglas wrote several children's books and published a cookbook in 2013.

Survivors include her son, Danny P. Bourgeois, and a niece, Charlene Smith. Donna was a talented and beautiful actress. She seemed like a very sweet lady with all of her charity work. She always appeared to be appreciative of her fans. We will deeply miss her.

Share your memories on our Beverly Hillbillies message board. View photos in our galleries.