2015 Sitcoms on DVD and Blu-ray Preview

Happy New Year from all of us at SitcomsOnline.com! Welcome to our tenth annual Sitcoms on DVD and Blu-ray Preview, where we look at what is on the horizon for 2015. We also have our wish list of sitcoms that we hope to see on DVD this year.

Some highlights include complete series boxed sets for The Facts of Life and Maude from Shout! Factory. A newly packaged Gomer Pyle, U.S.M.C. complete series boxed set will be available from CBS DVD/Paramount in March. Making its debut on DVD will be Kevin Hart's short-lived The Big House. Re-releases include The Cosby Show, Married... with Children and The Donna Reed Show.

Read our weekly SitcomsOnline.com Digest for all the latest news and rumors on upcoming releases.

The links below go to Amazon.com, where you can pre-order these titles at some nice discounts. We're an affiliate of Amazon.com and receive a commission for each sale. Please consider ordering through our links. Thanks for your continued support! 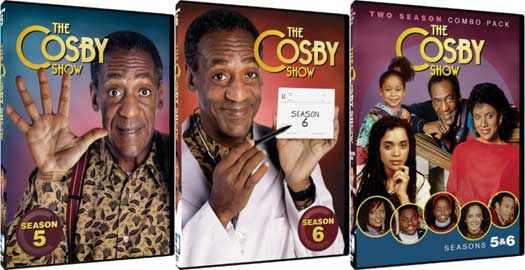 Mill Creek Entertainment re-releases the fifth and sixth seasons of The Cosby Show. They will also be sold together as a 4-DVD set at $14.98 SRP.

One of TV's Highest Rated Shows! When the Huxtables hit the airwaves for the first time in 1984 they created an instant sensation that rejuvenated and changed prime-time television forever. Now you can relive every laugh-out-loud moment from Seasons 5 and 6 of a show that became one of the most popular sitcoms of all time. Critically acclaimed and adored by fans of all ages, discover why Cliff, Clair, and the rest of the Huxtable family became firmly cemented household names. Starring: Bill Cosby, Phylicia Rashad, Sabrina Le Beauf, Lisa Bonet, Malcolm-Jamal Warner, Tempest Bledsoe, and Keshia Knight Pulliam. 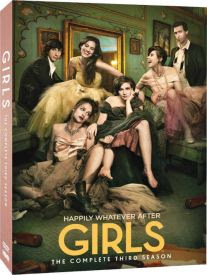 Just in time to catch up on all the make-ups, break-ups, breakthroughs and breakdowns before the highly anticipated Season Four premiere comes the release of Girls: The Complete Third Season. Starring and created by Emmy nominee and Golden Globe winner Lena Dunham and executive produced by Judd Apatow and Jenni Konner, the show continued to be recognized by critics in the third season and earned two 2014 Emmy nominations for Outstanding Actress in a Comedy Series (Dunham) and Outstanding Supporting Actor in a Comedy Series (Adam Driver). Girls: The Complete Third Season will be available on Blu-ray ($39.98) and DVD ($29.98) on January 6, 2015. The Blu-ray set features a Digital HD copy and exclusive bonus content including gag reels, deleted scenes, music features and more.

This season, Hannah (Dunham) is in a committed relationship with Adam (Driver), and the two are settling into a newfound domesticity in Hannah's apartment. Hannah is also working on rehabilitating her writing career and concentrating on delivering her eBook to her eccentric publisher. Meanwhile, Marnie (Allison Williams) is meticulously working to achieve the life she feels she deserves. Nearing graduation, newly single Shoshanna (Zosia Mamet) masterminds a plan to create a healthy (at least on paper) balance between partying and her studies. And, continuing on a streak of disrupting the lives of those around her, Jessa (Jemima Kirke) strikes up an ambiguous friendship with a flamboyant father figure.

Blu-ray with Digital HD Features (along with all DVD extras):