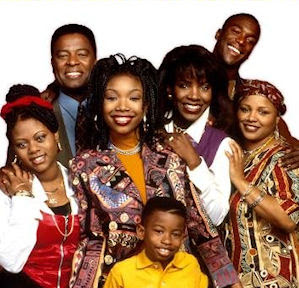 Moesha is back again regularly on BET. The sitcom has been only airing in marathons on weekends from time to time, but now the Brandy sitcom is airing weekdays at 5pm & 5:30pm following Family Matters. Other sitcoms will remain in their normal slots, with Family Matters from 8-9am, My Wife & Kids from 9-10am and The Game from 10-11am. The Parkers airs in weekend marathons from time to time, but airs regularly on sister network Centric weeknights at 9pm & 9:30pm. Back to Moesha, it can also be seen on UP tv but the sitcom hasn't aired recently over there.

This sitcom features Grammy Award Winning artist Brandy Norwood and actress Sherly Lee Ralph in a series that showed how life was really like in Leimert Park, Los Angeles California. Moesha Deniese Mitchell is teenager who soon became an adult, learning various issues to do with love, relationship and family. Following her mother's death, Moesha looked after her father Frank Mitchell (William Allen Young) and brother Myles Mitchell (Marcus T. Paulk) She becomes jealous of her new step-mother Dee Mitchell (Sherly Lee Ralph) who seems to be taking over her role, but the two get to know and understand each other. Mo's friends Kim Parker (Countess Vaughn-James), Niecy Jackson (Shar Jackson) and Hakeem Campbell (Lamount Bentley) have made it through teenage adventurehood with Moesha and become mature adults. 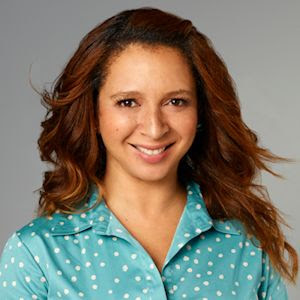 Rudolph was part of Saturday Night Live from 2000-11, performing in hundreds of sketches and earning an Emmy nomination in 2012 for guest actress in a comedy series. In 2011, Rudolph co-starred in the box office hit comedy Bridesmaids, and was nominated with a Screen Actors Guild Award and Broadcast Film Critics Award. On the big screen, her other credits include The Way Way Back, Grown Ups and Away We Go. On the small screen, she recently appeared on NBC's Up All Night.