Off Their Rockers Moves to Wednesdays in April, Whitney/Guys with Kids Out; Remembering Lou Myers of A Different World 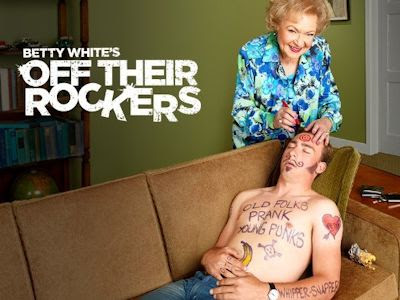 As we announced on Friday on Twitter, NBC has announced that Betty White's Off Their Rockers will move to Wednesdays at 8:00pm & 8:30pm beginning April 10. The hijinks comedy is currently airing Tuesdays at 8:00pm & 8:30pm, but once The Voice returns Tuesday. March 26, the comedy will have to move. Its Tuesday finale is March 19 before it returns April 10 and will air new episode at 8 and repeats at 8:30pm. The hour will be replacing Whitney, which will have its season finale the week prior on Wednesday, April 3 at 8pm. The sitcom has a 16 episode order and will be done with it by April 3. Whitney will be doubled up with repeats at 8:30pm beginning next Tuesday (March 6), as freshman sitcom Guys with Kids is having its season finale this Wednesday at 8:30pm (with guest star Keshia Knight Pulliam for a mini-Cosby Show reunion!). That sitcom has a 17 episode order and will already be finished with it by this week. Both Whitney and Guys with Kids are struggling heavily in the ratings, so these could be their final episodes ever but we won't know that for sure until this May during upfronts. Possibly one (Whitney) could return (a very slight chance), but there is no chance really both are returning.

Moving on to Fox, they also announced a few special sitcom airing plans. First up on Thursday, April 7, Tuesday comedies New Girl and The Mindy Project will both receive a special Thursday airing following American Idol at 9:00pm & 9:30pm. In the all-new "Date Night" episode of New Girl, Jess (Zooey Deschanel) and Nick (Jake Johnson), who are caught between friendship and something more, try to break out of relationship limbo by going on a "first" date. Once Schmidt (Max Greenfield) and Winston (Lamorne Morris) realize a full-on Jess/Nick romance might be happening, they swoop in to try to sabotage the date. And in the all-new "Mindy's Birthday" episode of The Mindy Project, Morgan (Ike Barinholtz) throws Mindy (Mindy Kaling) a surprise birthday party, but when her two worlds collide - personal and professional - it's nothing to celebrate. Meanwhile, Jeremy (Ed Weeks) and Danny (Chris Messina) fight over the same girl (guest star Kelen Coleman, Newsroom). Both comedies have 24-episode orders and New Girl is airing episode 18 this coming Tuesday (so six episodes will remain from March-May) and The Mindy Project is airing episode 16 this Tuesday (so eight episodes will remain from March-May). Now one less episode will air on a Tuesday with this special Thursday airing on April 7.
Elsewhere on Fox, The Cleveland Show will be doubling up for a few weeks. It is all-new next Sunday (March 3) at 7:30pm and 8:30pm, all-new on March 10 at 8:30pm and March 17 all-new at both 7:30 and 8:30, and on April 7 it will be all-new at 9:30pm. Yes, a little confusing, but the comedy was preempted a lot this fall during the NFL season. The Cleveland Show regularly airs Sundays at 7:30pm, while Bob's Burgers airs at 8:30pm but Bob's Burgers is preempted March 3, 10 and 17 at 8:30pm but it will air at 9:30pm on all of those nights. It will air in place of American Dad! those three weeks. Confused? Don't be yet, because American Dad will air at a special time with a new episode on March 10 at 7:30pm, before returning to 9:30pm on March 24. Yeah, now we're confused, too. 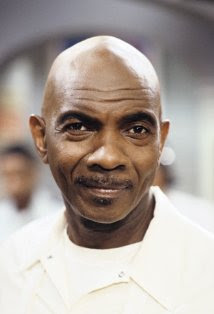 Character actor Lou Myers, best known as the ornery Vernon Gaines in A Different World, has died. He died on February 19 at the Charleston Area Medical Center in West Virginia after battling pneumonia for several months. Mr. Myers was 77.

Myers played the feisty Vernon Gaines, who ran the campus eatery and hangout, The Pit, in A Different World. He joined the cast in the second season and appeared in 65 episodes of the series. In 1987, he guest starred as Mr. Davis in 2 episodes of The Cosby Show, which was the parent series of A Different World. He appeared in 6 episodes of The WB sitcom All About the Andersons in 2003. He had a recurring role as T.C. in the NBC sitcom My Parents, My Sister & Me in 2009-2010. His other sitcom guest appearances included Bagdad Cafe, Thea, The Sinbad Show, Living Single, The Jamie Foxx Show, Malcolm & Eddie, Eve and Lucky Louie. Some of his other television credits included The Sentinel, JAG, ER and NYPD Blue. Myers' film credits included Cobb, Tin Cup, Volcano, How Stella Got Her Groove Back, The Wedding Planner and The Fighting Temptations.

Survivors include his mother, Dorothy Jeffries, 95, a son, Melvin Myers, and two grandsons, Brayden and Christian. We loved his Mr. Gaines character on A Different World. He always gave sound advice. We thank him for bringing us many laughs. He will be greatly missed.

A Different World can currently be seen on TV One. Share your memories of Mr. Myers on our message board. View photos in our galleries. 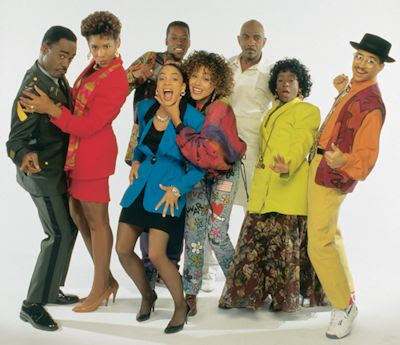