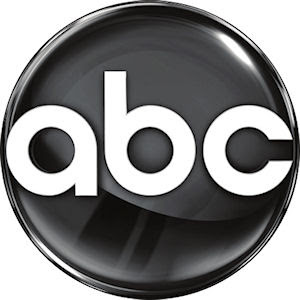 Our upfront preview week continues! ABC found some success this past season with four rookies--two comedies and two dramas in the fall and have seen solid performances in mid-season by Apartment 23 and Scandal. With Desperate Housewives ending and not on the schedule for the first time since 2004, ABC will have to go with one of their best pilots in the historic timeslot. Also, ABC should load up on multicamera sitcoms on Tuesdays to give Last Man Standing some support.
Here is the SitcomsOnline.com ABC 2012-13 preview:

Remember, next Tuesday (May 15) is the actual date when we will find out ABC's plans for the 2012-13 season. So, come on back next Tuesday and we will let you know the details and you can see how much we were right (or wrong!). Stay tuned tomorrow for a preview on CBS's upfront!


In conjunction with the Dark Shadows feature film starring Johnny Depp opening this weekend, Chiller will air a marathon of the 1991 Dark Shadows series on Saturday (May 12, 2012). All 12 episodes will air of the short-lived revival series in a 24-hour marathon beginning at 6am (so all episodes will repeat once). The series is a re-imagining of the original ABC 1966–1971 Dark Shadows television series and both versions were developed by Dan Curtis. Chiller has aired the series before, along with sister network Syfy. NBC aired the series in the original run. There is no word if the '60s series will be airing anywhere, but as of now, it doesn't look like it.
Dark Shadows 1991 tells a streamlined version of the original storyline – the arrival of governess Victoria Winters at Collinwood, vampire Barnabas Collins being released from his coffin, Dr. Hoffman's attempt to medically cure Barnabas' vampirism, and finally Victoria's time travel into the past to witness the still-human Barnabas' encounter with Angelique, and his transformation into an undead creature. Among the stars is a young Joseph Gordon-Levitt.