My Wife & Kids Back In Primetime On Nick at Nite; Sitcom Stars On Talk Shows (Week of February 20, 2012) 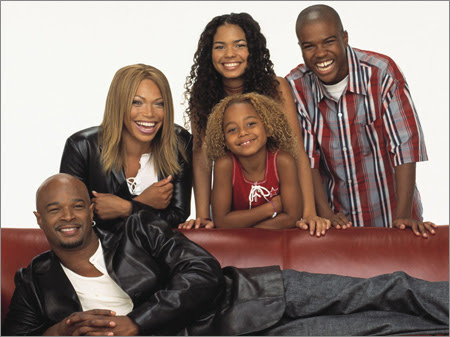 Last Wednesday we told you about Nick at Nite making schedule changes and the highlight was Friends' two-hour block being split to 9-10pm and 11pm-12am, well effective yesterday Nick at Nite has changed their schedule again. The most notable change for this schedule is the return of My Wife & Kids to primetime. The Damon Wayans comedy will air in the 8-9pm hour once again, replacing That '70s Show, which will move to the 10pm hour. George Lopez was airing in the 10pm hour and that will move back to the 9pm hour. So yes that means Friends is back to airing in a two-hour block from 11pm-1am every night. I'll be there for you! The 12am hour was That '70s Show encore, but will shift to the 1am hour now, bumping off The Nanny. That comedy will remain at 5am (and in late night on sister network TV Land). In fact, everything from 2am-7am will remain the same it was before this change happened.
One other Nick at Nite note, on President's Day (Monday, Feb. 20) they will air a marathon of Friends immediately following the premiere of the Nickelodeon original series premiere Fred: The Show at 8pm. The Friends marathon will run from 8:30pm-3:30am. Stay with us for any further Nick at Nite updates. We will also have some news in the coming days on TV Land April 2012 with two series returning from hiatus (well, sort of). Stay tuned.