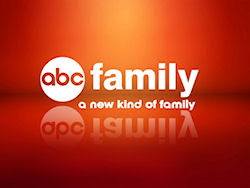 ABC Family continues its record breaking momentum as it grows its line-up of groundbreaking original programming. The network has given the greenlight to the new comedy series, Baby Daddy, which is the highest testing comedy pilot in the network's history! We previously mentioned that it was ordered to pilot and now it is a series order, so you'll see it on ABC Family this year! Also, ABC Family is jumping back into the reality space with Beverly Hills Nannies. Additionally, The Secret Life of the American Teenager, starring Golden Globe® nominee Shailene Woodley, was greenlit for a record breaking 5th season, taking it into over 100 episodes. Movie wise, Tori Spelling and Tia Mowry have been tapped to star in The Mistle-Tones, the holiday movie which will anchor the network's well known annual '25 Days of Christmas' event. The movie begins production in Utah in February.
Baby Daddy, the network’s highest testing comedy pilot ever, stars Chelsea Kane (Dancing with the Stars), Tahj Mowry (Smart Guy) and Derek Theler (90210). From executive producer Dan Berendsen (Sabrina, the Teenage Witch), the half-hour series is about a young man who becomes a surprise dad to a baby girl when she's left on his doorstep by an ex-girlfriend. He decides to raise the baby with the help of his mother, his brother Danny (Theler), his best buddy Tucker (Mowry) and his close female friend, Riley (Kane), who is harboring a secret crush on him. Baby Daddy, a multi-camera comedy, will begin production in Spring and will shoot in front of a live audience in Los Angeles. It will likely start airing this summer possibly alongside the network's hit sitcom Melissa & Joey starring Melissa Joan Hart and Joey Lawrence, which is waiting for a season premiere date for season two. No word yet on the other ABC Family sitcom pilot they had in contention titled Village People starring Jennie Garth.
As for Beverly Hills Nannies, it is a docuseries following the lives of a group of nannies working for families in the most exclusive zip code in the country. Evolution Media, the production company known for The Real Housewives series will produce the series. The series will go into production in Spring as well. In the movie The Mistle-Tones, Holly (Tia Mowry), blessed with an amazing singing voice, is all set to audition for the newly vacated spot in a legendary local Christmas group which was founded by her late mother years ago. Shocked and upset when the slot goes to the barely talented best friend of the group's leader, Marci (Tori Spelling), Holly sets out to create her own musical group, The Mistle-Tones. After challenging their rivals to a sing-off on Christmas Eve, Holly finds herself on a journey to the real meaning of Christmas--with some new friends and a new love thrown in for good measure...