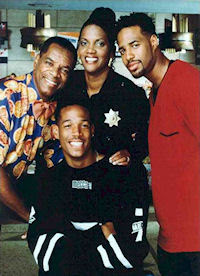 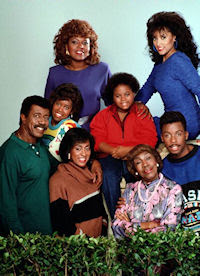 The two newest acquisitions on BET's spin-off network Centric will be getting marathon play the next two weekends! The sitcoms would be The Wayans Bros. and 227. Both sitcoms joined the line-up earlier this month, as we mentioned. The Wayans Bros. will get a welcome marathon this weekend (Oct. 22-23). On Saturday the marathon will run from 12pm-10pm and more from 11pm-2am. Then on Sunday the marathon will encore from 9am-9pm with nearly all of the episodes from Saturday airing. As for 227, that marathon will air next weekend (Oct. 29-30), child. It is a marathon of all season one episodes, with the first 14 airing on Saturday from 11am-6pm. The first 14 will encore the next day from 9am-4pm, before the remaining first season episodes air from 4pm-8pm. That may be Halloween weekend, but you can all dress up like Sandra!
The Wayans Bros. regularly airs on Centric weekdays from 1-2pm & 11pm-12am, while 227 has morning play from 11am-12pm. Stay with us for continued updates on these sitcoms and Centric.