Welcome to SitcomsOnline Digest! As expected, we have a sort of slow news week this week due to the holiday, and much of what we have isn't great news with numerous deaths and more fallout from the sexual harassment scandals. Let's get going! 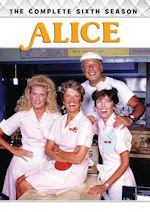 
Who to Follow: Katie Cassidy (Twitter), "Actor, Writer & Creative Director of @tomboykc"
Claim to Fame: Most people know David Cassidy, who died this week, from his fame on The Partridge Family. What some people may not realize is that he has a daughter who is an uprising actress in her own right, Katie Cassidy. Katie Cassidy first came to fame at age 15 from doing a cover of her father's song "I Think I Love You," but that was her first and last experience in the music industry. But acting has been good for her, as she has been cast in three series that didn't make it past one season, but finally struck gold with her role in the series Arrow.
Pick of the Tweets: "Words cant express the solace our family’s received from all the love & support during this trying time. My father’s last words were “So much wasted time”. This will be a daily reminder for me to share my gratitude with those I love as to never waste another minute....thank you." (November 24, 2017)
Skees -- SitcomsOnline.com at 1:00 PM
Share
‹
›
Home
View web version