SitcomsOnline Digest: Three Classic CBS Series Back On for Blu-ray; Final Season of The Cleveland Show on DVD

Welcome to SitcomsOnline Digest! It's the weekend before Christmas, and the "moving and shaking" is pretty limited for the next few weeks, but we're here for all of your regular features. Let's get going! 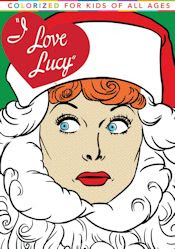 
Who to Follow: Regis Philbin (Twitter), "TV icon and host of Crowd Goes Wild. 17,000 hours on TV and counting, just try and stop me!"
Claim to Fame: It may seem easy to just dismiss Philbin as either "that game show host," "that talk show host," or (at least now) "that sports news host," but at 17,000 hours on TV, he is all of that and more. He's a TV icon, and as a result, has managed to cross through all forms of television. And we're featuring him this week since he just joined Twitter this week, and already has nearly 20,000 followers.
Pick of the Tweets: "Here's my first selfie #ImAlsoOnTwitter @JustinTuckNYG91 pic.twitter.com/TdLPziSmVV" (December 16, 2013)