ABC Family's Memorial Day Marathon Is Baby Daddy; Episodic Review: How to Live with Your Parents - "How to Run the Show" Airing Tonight on ABC 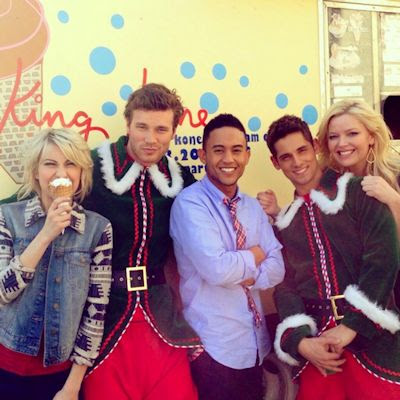 Grab your favorite blankie and cozy up on the couch for a Memorial Day Baby Daddy marathon on ABC Family. On Monday, May 27, viewers can catch up on all ten episodes from Season 1 that aired last summer of this freshman sitcom, airing in order from 2:00pm– 7:00pm ET/PT. And it's the perfect chance to do so because the second season of Baby Daddy premieres two nights later on Wednesday, May 29, at 8:30 pm ET/PT, following the season premiere of Melissa & Joey. The series is a multi-camera comedy that shoots in front of a live studio audience in Los Angeles. If you like shows like Boy Meets World and Saved by the Bell, you'll certainly like this show, as it is hip and has a young cast. Look for our review of the first two episodes of the second season closer to the season premiere. Hint: Kyle XY star Matt Dallas will guest star on the season premiere, reuniting him with his former Kyle XY buddy Jean-Luc Bilodeau! Baby Daddy, which launched as the network's #1 comedy series in ABC Family history, follows Ben (Jean-Luc Bilodeau), a young man in his early 20s living the life of a bachelor as a bartender in New York City with his buddy, Tucker (Tahj Mowry), and his brother, Danny (Derek Theler), a professional hockey player. Their lives are turned upside down when they come home one day to find a baby girl left on the doorstep by an ex-girlfriend of Ben's. After much deliberation, Ben decides to raise the baby with the help of his friends and his protective and sometimes over-bearing mother, Bonnie (Melissa Peterman), and his close female friend, Riley (Chelsea Kane), who has had a secret crush on him since childhood. Riley is hopeful that Ben will finally take notice, but she doesn't realize that Ben's brother, Danny, is harboring a secret crush on her. 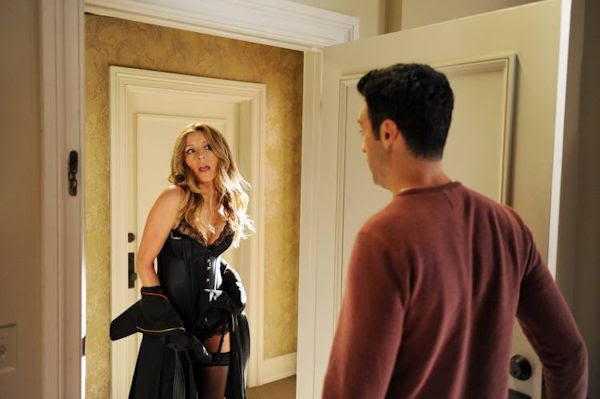 On the next...How to Live with Your Parents (for the Rest of Your Life):
By: Skees ABC's Comedy Wednesday sitcom starring Sarah Chalke, Elizabeth Perkins and Brad Garrett and airs Wednesday nights at 9:30pm and we have just watched the next episode that airs tonight (May 1). In the episode airing tonight, "How to Run the Show," Elaine (Elizabeth Perkins) and Max (Brad Garrett) encourage Polly (Sarah Chalke) to put her needs first, as they did when Polly was growing up, and offer to babysit Natalie (Rachel Eggleston) so Polly can spend time out with Scott (guest star Reid Scott). But they get a quick lesson in parenting the middle ground between letting kids run the show and ending up on a milk carton. The episode begins with a typical parent-child struggle, where Polly and Natalie just can't seem to find common ground (specifically, Polly has no authority over her own daughter). The struggle ends with Polly taking Natalie to work after she refuses to go to soccer practice. But with Polly constantly putting Natalie first, this creates a problem when she wants to go on a date. Max and Elaine decide to put their own daughter first and agree to babysit Natalie so that Polly can go on the date, but the plans that they have truly do put the grandparents first. Meanwhile, Polly's surprise date with Scott turns out to be an even bigger surprise when she his kids tag along on the date, and they too are determined to have all of the control in the parent-child relationship. 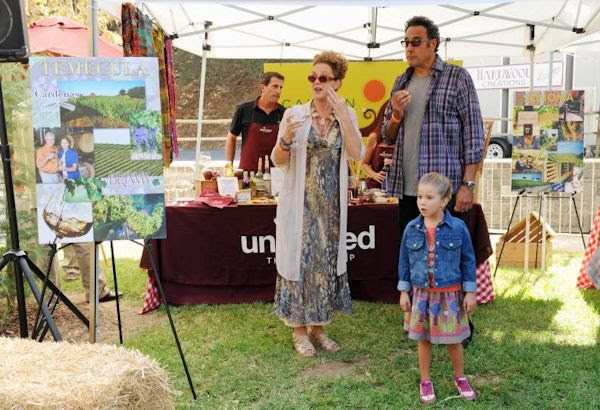 I've been enjoying this series, but this episode isn't really one of the strongest ones that I've seen. It seems that the overall theme of the episode was just the battle of control between parents and children, but there didn't seem to be much explanation behind the battles (and this seems to actually be an on-going criticism that I have of the series, the lack of a full back-story). Polly's date introduced another battle (with different kids), but again, it just seemed to be parent vs. child without much of an explanation. Perhaps the best part of the episode, though, was the day that Natalie spent with Max and Elaine. As always, they have their own (somewhat irresponsible) views of raising children, and that irresponsibility results in a nightmare at the wine and jazz festival (the "family friendly" event that they take her to). As much as I like Polly, I feel that Max and Elaine have had some of the best moments in the series so far, and this episode is no exception. Unfortunately, though, I don't feel that the day of "family fun" at the wine and jazz festival was enough to make up for the shortcomings of this episode. C
Pavan -- SitcomsOnline.com at 12:00 PM
Share
‹
›
Home
View web version