TBS has ordered a four-week run of a new untitled late-night comedy series starring popular comedian Pete Holmes and produced by Conaco LLC, the company behind the late-night hit Conan. Plans call for the new Pete Holmes series to launch in fall 2013 and air four nights a week (Monday-Thursday) at midnight (ET/PT) for a four-week test run, following Conan at 11pm. The show is executive-produced by Jeff Ross, David Kissinger, Nick Bernstein, Dave Rath and Conan O'Brien. Taped before a live studio audience, TBS's new Pete Holmes series will showcase the comedian's incredible skill set, combining sketches, short films, live comedy, field pieces and in-studio guest interviews into a fast-paced half hour. Named one of Variety's Top 10 Comics to Watch, Holmes hosts the You Made It Weird podcast, which has been downloaded nearly 6 million times and was named one of the Top Ten Podcasts of 2012 by both The Onion AV Club and Paste magazine. Holmes has also starred in a series of hugely popular Batman parodies on the website CollegeHumor. And he provides the voice of the e*trade baby.

This series will mark the first original late night series in the time period since the cancelation of Lopez Tonight. Currently, the network is airing original encores in the time period and reruns of The Office. Stay with us for more news on this series and as we get closer to the date we'll give you scheduling updates on what will air following the series. 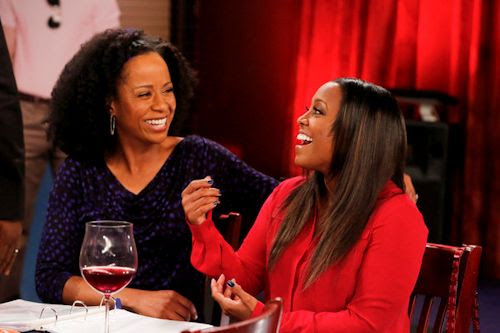 On the next...Guys with Kids:
By: Pavan

NBC's Jimmy Fallon produced sitcom starring Anthony Anderson airs Wednesday nights at 8:30pm and we have just watched the next episode that airs tonight (Feb. 27). It's the season finale and features a mini Cosby Show reunion with guest star Keshia Knight Pulliam! In the episode airing tonight, "Divorce Party," Chris (Jesse Bradford) and Sheila (Erinn Hayes) contemplate having another baby together despite being divorced, while Nick (Zach Cregger) vows to do whatever it takes to keep them from getting back together. Later, Nick and Emily (Jamie-Lynn Sigler) plan a divorce party to remind Chris of his horrible past with Sheila. Meanwhile, Marny's (Tempestt Bledsoe) younger sister Bridget (guest star Keshia Knight Pulliam) comes to town and is soon hired as Gary's (Anthony Anderson) assistant.

This is a solid episode. The main draw of the episode of course is the mini-Cosby Show reunion featuring Keshia Knight Pulliam guest starring with her former Cosby sister Tempestt Bledsoe. And they are playing sisters once again! Though they may not be Rudy and Vanessa, the chemistry between the two is certainly there. Their story is about Marny's sister Bridget coming to town. Bridget borrows money a lot and never pays back, so Marny's husband Gary really doesn't like her or trusts her. Marny is giving to her sister but promises Gary that she won't give her any money. And somehow she ends up giving Bridget a job as an assistant to Gary. Without giving too much away, Bridget kind of does well but Gary is skeptical. She's working on Gary's "rapkin" project. The other storyline is with Sheila wanting a baby with Chris, despite them being divorced now, or does she just want another baby? But Nick and Emily are working on a "divorce party" for Chris so he can meet with his high school sweetheart Sage. So does Sheila have a "master plan" to get back together with Chris by wanting another baby? Nick and Emily are trying to stop Chris from making a mistake he might later regret. The divorce party and the baby story kind of clash and we are left with a cliffhanger to end the season! B 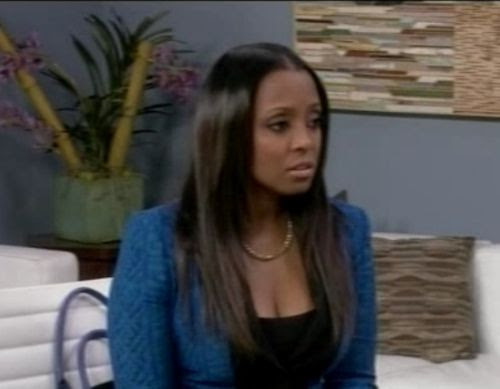 Guys with Kids is a solid throwback style comedy, like we mentioned in our pilot review way back in September. It feels like a '90s sitcom but that may not be a bad thing. The guest appearance by Keshia Knight Pulliam is really good and her character probably brought Gary's "rapkin" project to another level instead of just being functional. It'll be interesting if she will be back next season, should the series be renewed for a second season. Their is nice balance with all of the storylines in the episode and there doesn't seem to be a main story, so each story seems vital to the episode. This is a solid cast, in particular Anthony Anderson, Jesse Bradford and Jamie-Lynn Sigler. All three of them shine in the season finale (the karaoke scene with Anthony Anderson is hysterical). Watch the season finale because Rudy is all grown-up and looks amazing! It's also funny and has mainstream laughs so everyone will laugh!