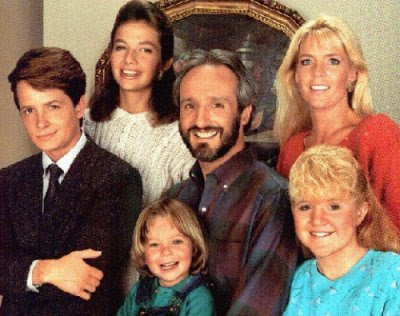 GMC has announced a schedule change. The changes will begin next week - Monday, October 1, 2012. '80s family sitcom Family Ties starring Michael J. Fox, who just presented Outstanding Comedy at the Emmy's earlier this week, will be moving to late night. The sitcom, which also starred Michael Gross, Meredith Baxter, and Justine Bateman, will now air Mon-Thurs nights at 2:00am & 2:30am, replacing inspirational programming. Family Ties will now follow '80s comedies 227 (11pm-12am & 1-2am) and Amen (12-1am). Replacing Family Ties' current weekdays 10am-12pm block will now be an hour each of Sister, Sister and Moesha. Those two sitcoms will continue to also air in their Saturday blocks (Sister, Sister from 9am-1pm and Moesha from 1pm-7pm). So this means those two sitcoms are now also on the weekday schedule. No other schedule changes are being made besides these (10am-12pm and 2-3am).

In the Emmy-nominated Family Ties, a couple who spend the '60s as liberal political activists face the problems of raising a family with children who have strongly conservative views. Emmy Award-winning Michael J. Fox portrayed the iconic sitcom character Alex P. Keaton. Stay with us for further updates. Sha la la la! 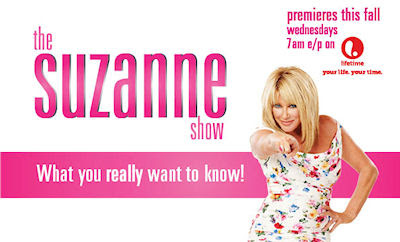 Beloved television icon Suzanne Somers returned to TV yesterday with a brand new morning show that promises to change the face of daytime television. The SUZANNE Show is an uncensored peek into the life of one of Hollywood's most passionate personalities, mixing eye-opening health and wellness revelations with glamour and entertainment. The first show aired yesterday, Wednesday, September 26 at 7:00 a.m. (ET/PT) on Lifetime Television. Viewers will soon discover that no topic is off limits; from anti-aging secrets and exercise tips to gadgets and green living, Suzanne tackles each segment with the particular passion and honesty that only she can bring. Special guests this season include Larry King, David Foster, Kathy Griffith, and Fran Drescher.

Like a page from one of her bestselling books, The SUZANNE Show is informative and entertaining, affecting positive change and encouraging viewers to be healthy, fulfilled, and happy. It's a refreshing look at healthcare, entertainment, and lifestyle that is sure to have critics wondering if morning TV will ever be the same again. Awaken your senses every Wednesday morning with The SUZANNE Show at 7:00 a.m., and get more information about the show by visiting www.suzanneTV.com.