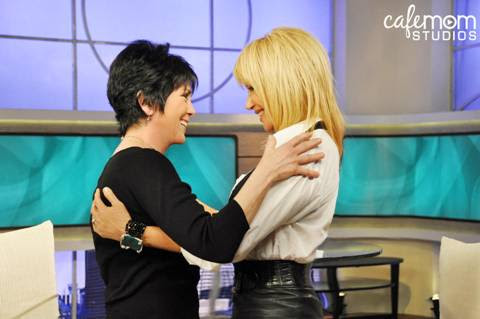 At long last the day has come! As we have mentioned a few times on this blog already, including breaking the story first, Joyce DeWitt and Suzanne Somers (both from the long-running hit '70s/'80s sitcom Three's Company) reunited in early December for Suzanne Somers' CafeMom.com web series Breaking Through, and as scheduled, the reunion has gone viral today! We can now finally watch these together for the very first time since 1981--after 31 long years of not speaking or seeing each other. "I'm glad we're going to do this," said Joyce DeWitt, and then Suzanne Somers replied, "I'm really glad to get to know you all over again." Among the items they discussed are their stories from the Three's Company set, shared memories of their late co-star John Ritter and even sang a bit of the Three's Company theme song! But enough of me talking, head on over to CafeMom.com (or their YouTube page) and watch this historical reunion! Hopefully this is just the first of many reunions to come as fans are still hoping for retrospective reunion on TV. Come on TV Land or ABC, let's reunite the remaining cast members on television! 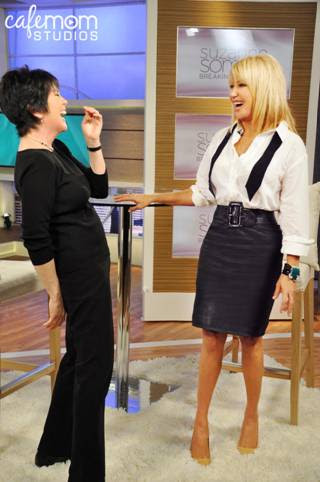 CBS has finally announced a premiere date for their mid-season series NYC 22 (formerly known as The Rookies then The 2-2). The series is a new character-driven police drama and will premiere Sunday, April 15 at 10:00 PM ET/PT on CBS. NYC 22 follows six diverse NYPD rookies as they patrol the gritty streets of upper Manhattan. With unique backgrounds, personalities and reasons for being on the force, the new cops will make their share of rookie mistakes while they figure out how to relate to their boss, each other and the people they swore to protect.
Among the stars are Terry Kinney and Adam Goldberg, who were both last seen on the short-lived ABC character-driven police series The Unusuals. Robert De Niro is among the executive producers of NYC 22 for CBS Television Studios in association with Tribeca Productions. NYC 22 replaces CSI: Miami, which will have completed its full run of original episodes for the season. It is unclear how many episodes CBS plans to air of this new series, since it is starting late in the season.