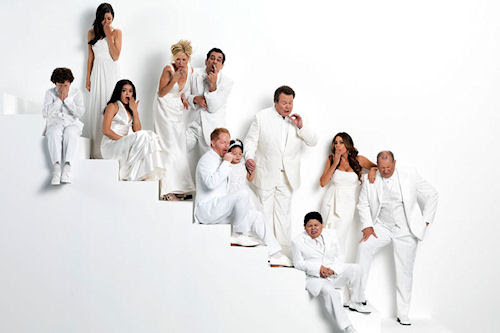 Read the rest of the winners.


It's time for episode 7 of Reimagine That! With Chris Mann! On this latest podcast, Chris goes one-on-one with Little House on the Prairie mean girl Alison Arngrim! Always-witty and outspoken Little House on the Prairie star Alison Arngrim spills on everything from hilariously surprising long-estranged co-star Melissa Sue Anderson at her "The Way I See It" book signing (!) to channeling her own inner bitch (in a good way!) through Nasty Nellie Oleson to finding her own voice as a childhood sexual abuse survivor-turned-victims rights advocate closely aligned with PROTECT.org. In the first half of her two-part Reimagine That! interview airing this month, Arngrim sounds off on pedophilia in Hollywood and recent disturbing reports of sexual abuse in the Los Angeles school district. The "Confessions of a Prairie Bitch" bestselling author also dishes on turning 50, taking her one-woman show overseas this spring and teaming up with The Waltons star Mary McDonough in a kick-ass "Good Girl vs. Bad Girl" joint book tour in late 2011 and 2012 (How you like them apples, Mary Ingalls?!).
Also, Chris shares his recollection of the late Whitney Houston's impact as the voice of a generation during her Bodyguard hey day ("And IIIIIIIIIII-eee-iii-eee-iiii will always love youuuuuuu...) while he was editor of his student newspaper in 1992-93 at The University of Tulsa. (RIP, Ms. Houston -- we'll always, we'll always, loooove youuuuuuu-ooooooh-oooooooooooooooh...) Finally, the resident dream weaver, Yvonne Ryba, interprets one more "house" dream while introducing Chris to the concept of lucid dreaming. It's another great episode and we can't wait for part two of his interview with Alison Arngrim next week! Listen to episode 7 of Remimagine That! and visit Retroality.TV for more details!