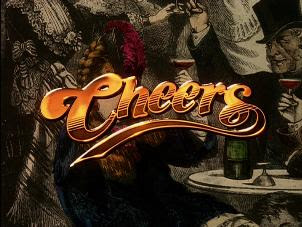 USA Network has acquired an off-network sitcom! The popular sitcom Cheers will be joining the USA Network line-up this January replacing Becker and Wings. The sitcom will air regularly Saturdays at 3am & 3:30am, but as with Wings & Becker, it will fill some half-hour during early morning slots on any given day as dictated by movie lengths. Cheers' first actual airing will be Wednesday, January 4 at 6am. Hopefully Cheers gets a more of a regular slot soon, or at least on another Universal-owned network like Universal HD. Cheers will continue airing on cable on Hallmark Channel, WGN America and ReelzChannel TV as well. As for Becker, since it will be leaving USA Network, the only place to catch it will be on ReelzChannel TV. Also as of January, Universal HD will remove Becker (maybe Universal networks are losing rights?), as well as Hogan's Heroes, so you might want to watch both of these sitcoms on Universal HD in December before they leave in January. And with it leaving USA Network, Wings will not be seen anywhere now.
In other Universal-owned cable network news, Cloo (formerly known as Sleuth) will have some cool Old School Saturday marathons in 2012 that they usually do once a month. We'll reveal to you what some are soon, so stay tuned for that. And yes, Universal HD is removing Becker and Hogan's Heroes in January, but they will continue to air Charlie's Angels and TJ Hooker, so don't worry classic TV fans. Unfortunately, the Friday night Universal Rediscovered TV block (the short lived series block from 9-11pm) will also be removed in January for a classic series block featuring an episode each of Charlie's Angels and TJ Hooker.


FX has announced release dates for two of its returning hits, as well as a brand new animated comedy series. FX opens the new year with the return of the Emmy Award®-winning hit drama Justified on January 17, and will continue to run Tuesdays at 10 PM ET/PT. Starring Timothy Olyphant. FX's acclaimed animated comedy series Archer returns for its third season starting January 19 and will air Thursdays at 10 PM ET/PT. Archer is an animated, half-hour comedy that revolves around the International Secret Intelligence Service (ISIS) and the lives of its employees. Archer's three part series "Heart of Archness," which aired this past September, gained 26% in P18-49 (1.37 vs. 1.08 million), 34% in M18-49 (1.04 million vs. 775,000) and 12% in Total Viewers (1.72 vs. 1.53 million) over its second season. And finally, FX will premiere its newest series with the animated comedy Unsupervised, which will premiere on January 19 at 10:30 ET/PT and will air immediately following Archer. This series is a comedy about optimistic best friends "Gary" and "Joel" navigating the harsh landscape of teenage life and trying to do what's right without any parental guidance whatsoever. The series was created by and is executive produced by Rob Rosell, Scott Marder and David Hornsby, all who currently serve as writer/producers on FX's hit comedy series It's Always Sunny In Philadelphia. It features an outstanding voice cast including Justin Long, Kristen Bell, Fred Armisen, Romany Malco, Kaitlin Olson and Alexa Vega, along with Rosell and Hornsby.