Help Us Get Amy Davidson On ABC's Suburgatory; MeTV and ThisTV To Air Classic Holiday Specials

Today we are starting a campaign to get actress Amy Davidson (8 Simple Rules) on ABC's new comedy Suburgatory! The hit comedy Suburgatory has premiered on ABC's popular Laugh On Wednesday comedy block. As we know, the series stars break-out star Jane Levy about a father and daughter moving from Manhattan to the suburbs. Single father George (Jeremy Sisto) only wants the best for his 16-year-old daughter, Tessa (Jane Levy). So when he finds a box of condoms on her nightstand, he moves them both out of their apartment in New York City to a house in the suburbs. But all Tessa sees is the horror of over-manicured lawns and plastic Franken-moms. Being in the 'burbs can be hell, but it also may just bring Tessa and George closer than they've ever been. 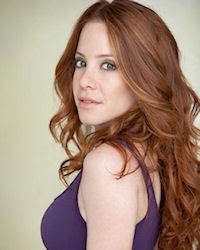 We at SitcomsOnline.com love the comedy and think it is the best new comedy this fall! While watching the pilot, we thought it would be great to have actress Amy Davidson (8 Simple Rules) either guest star or recur on this comedy as a cousin or any other character the producers/casting have in mind. She would be a perfect match for this series because she is so much like Jane Levy -- a talented comedic star! And she also is spitting image of Jane!

Amy Davidson of course is best known for playing Kerry Hennessy on the popular ABC sitcom 8 Simple Rules, which starred TV legend John Ritter. She showed her comedic chops on that sitcom and had great chemistry with John Ritter and the entire cast. John Ritter even called Amy Davidson "very talented." Amy has also worked with other great TV stars in her career such as Betty White, Katey Sagal, Ted Danson, James Garner, David Spade, Richard Thomas, Kaley Cuoco, Mary-Kate & Ashley Olsen, Tom Cavanagh, and Sharon Lawrence.
Amy is a versatile actress with broad range in comedy and drama. Her latest TV appearance on a chilling episode of CSI was riveting television. She also showed her versatility in a great performance on the TV mini-series The Capture of the Green River Killer. But since we love comedy, we want to see Amy back on a TV comedy showing more of her great talent! We urge all of you to please sign this because Suburgatory and Amy Davidson are a perfect match and would make for great TV!

Please leave your name and comments to help us get Amy Davidson on this wonderful show! We will be sending this along to the producers and casting for the series! Thanks and spread the word! Follow Amy Davidson on Twitter and "Like" Amy Davidson on Facebook. 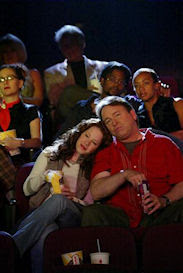 Onto some news, Broadcast Partners has announced it had entered into a license deal with both MeTV Network and ThisTV to bring its 2011 holiday package to life. MeTV and ThisTV will be airing ten great timeless holiday classics: He-Man and She-Ra Christmas Special, The Legend of Frosty, Cricket on The Hearth, Fat Albert Christmas Special, First Snow of Christmas, Forgotten Toy's Christmas, Poky Little Puppy's First Christmas, Santa's Last Christmas, Second Star to the Left, and Snow White Christmas. MeTV and ThisTV are bringing a huge national audience to some amazing titles that frankly have been unseen in years, notes Broadcast's Partner's President Neal Ardman. He adds, how wonderful it is for parents to now be able to share some of these holiday memories with their own children. These classics include star voices like Bill Cosby, Hugh Laurie, Danny Thomas and Ed Ames and even a song by funny man Burt Reynolds!
Stay with us for more on these specials when MeTV Network and ThisTV announce their 2011 holiday schedules! Let's hope for some cool sitcom holiday episode stunts, too!