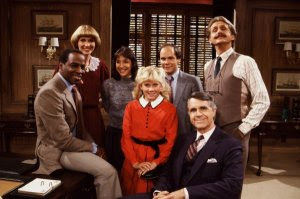 AOL Video has recently added some Sony comedies to their FunnyBone channel, including Benson, Bewitched, I Dream of Jeannie, Muddling Through (a short-lived 1994 CBS sitcom with Jennifer Aniston) and What's Happening!!.

If you enjoy watching Benson episodes online, please don't forget that Benson - The Complete First Season will be released on July 24. It has some great extras, including a video introduction by Robert Guillaume, Inside the Governor’s Mansion: Remembering the First Season of Benson featurette, Favorite Episodes from the First Season and a Photo Gallery. Check out Pavan's review for more details. It has been a banner year for Benson fans, although the show didn't air for that long on TV Land.

ION Television has released its August schedule. Everything looks the same as July. Unfortunately, Perfect Strangers is still nowhere to be seen on the schedule. Cousin Balki is not happy. Hopefully we will see it in the fall.

-- From July 29 to August 4, It’s All Sharks, All Day, as Cable’s Longest-Running Event Fills the Network’s Entire Weekly Schedule --

You can check out the official Shark Week website here: http://dsc.discovery.com/convergence/sharkweek/sharkweek.html

(Silver Spring, Md.) – It's just not summer without SHARK WEEK. And in 2007, the ultimate must-watch summertime television event is turning 20 – making it cable’s longest running event. Hosted by SURVIVORMAN’s Les Stroud, SHARK WEEK’s 20th Anniversary will fill Discovery Channel’s total day schedule from Sunday, July 29, through Saturday, August 4, from 9 AM to 3 AM (ET/PT) each day – adding up to over 130 hours of shark programs devoted to the behavior of one of the most mysterious and majestic creatures on the planet. Also to be featured is a programmed-by-you Viewer’s Choice hour at 8 PM, and eight all-new primetime specials at 9 PM.

For the past two decades, SHARK WEEK has intrigued, educated and enthralled viewers. Who can forget the footage of huge great whites bursting out of the water, launching 10 feet into the air, shown for the very first time on SHARK WEEK? Or the first-ever 3-D shark program, with sharks big, small and unusual seeming to swim right out of television screens and into living rooms across the nation? And every year since its inception in 1988, SHARK WEEK has partnered with the world’s most renowned shark scientists and experienced underwater cinematographers to bring viewers the latest information about the ocean’s top predator.

Les Stroud, outdoor adventurer, instructor in survival and host of SURVIVORMAN on Discovery Channel, will host SHARK WEEK this year. During premiere program breaks in the 9 PM hour, he will offer practical and potentially lifesaving tips that show viewers the best techniques for surviving an encounter with a shark. In addition to providing critical safety and awareness knowledge, Stroud explains that, while sharks are incredibly efficient predators, they are not mindless killing machines. For a safe coexistence with sharks, we must acknowledge that ultimately the waters are the shark’s domain. Stroud will also host one premiere special, Shark Feeding Frenzy (July 31, 9-10 PM), which will examine the feeding habits of sharks.

In another SHARK WEEK first, viewers are being given the opportunity to help program television's most anticipated summer event. Via the "Best of Shark Week Poll" at Discovery.com/sharkweek, viewers can watch clips from 10 of the highest-rated and most talked-about SHARK WEEK programs of all time – and vote for their favorites. Voting continues through July 1, with the top voted shows airing in SHARK WEEK's 8 PM hour.

Among Discovery.com’s exciting online SHARK WEEK features: a game based on real-world tracking of live sharks in the wild, a video mixer that allows users to create their own mini-SHARK WEEK documentaries, exclusive behind-the-scenes video, information about sharks and more.

First launched in 1988, SHARK WEEK was Discovery Channel’s very first week-long event, designed to satisfy viewers’ thirst for knowledge about the natural world and to use the time between traditional television seasons to draw attention to the still-young network. The ratings shot up in that first year, and in its 20th year, SHARK WEEK shows no signs of slowing in popularity, remaining one of Discovery Channel’s most popular annual events. Last year, in 2006, SHARK WEEK was watched by 20 million viewers. 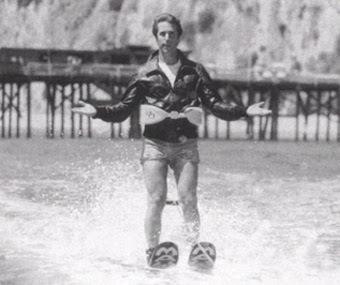