SitcomsOnline Digest: Mad About You Reboot in the Works?; Marathons and More for New Year's Eve and Beyond

Welcome to SitcomsOnline Digest! We're in yet another holiday weekend with a slow news week, and once again, no new home media news or releases (we hope that those sections will be back next week though!), but we do have news about another potential reboot of a 90s hit sitcom, a look at the busy week ahead on the small screen, and more. Let's get going! 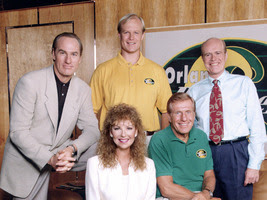