It's back and it's off to a great start! The highly-anticipated premiere of the comedy series Girl Meets World (which reunites Cory and Topanga of Boy Meets World) delivered 5.2 million Total Viewers and ranked as the #1 series launch of 2014 among major target youth demographics: Kids 2-11 (2.3 million/5.7 rating), Kids 6-11 (1.8 million/7.7 rating) and Tweens 9-14 (1.7 million/6.9 rating). The premiere aired Friday night at a special time of 9:45pm, following the premiere of the Disney Channel Original Movie Zapped, starring Disney Channel and Disney XD favorites Zendaya and Spencer Boldman, which delivered 5.7 million Total Viewers. Girl Meets World will air regularly every Friday night at 8:30pm beginning next Friday (July 11) only on Disney Channel. Look for guest appearances from other former Boy Meets World stars throughout this first season (of 21 episodes). Actor Meshach Taylor, best known for his roles as Anthony Bouvier in Designing Women and as Dr. Sheldon Baylor in Dave's World, has died. He died from cancer on June 28 at his home in Altadena, California. Mr. Taylor was 67. 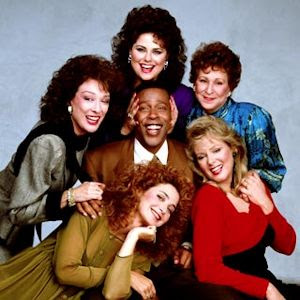 Taylor starred as Anthony Bouvier in the 1986-93 CBS sitcom Designing Women. The popular series ran for 7 seasons. It starred Delta Burke, Dixie Carter, Jean Smart and Annie Potts. Anthony was an ex-con who worked as the deliveryman-handyman at the interior decorating business, Sugarbakers. He later became a partner of the design firm. Taylor received an Emmy nomination for Outstanding Supporting Actor in a Comedy Series in 1989. He reprised his role of Anthony Bouvier in an episode of the spin-off series Women of the House in 1995. In 2003, he appeared in The Designing Women Reunion on Lifetime. 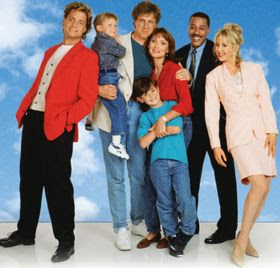 He next starred as Dr. Sheldon Baylor in the 1993-97 CBS sitcom Dave's World. The series was based on the writing of Pulitzer Prize-winning Miami Herald columnist Dave Barry. It focused on the daily trials and tribulations of Barry and his family. The series starred Harry Anderson, DeLane Matthews, Shadoe Stevens, J.C. Wendel, Zane Carney and Andrew Ducote. Sheldon (Shel) was their neighbor and Dave's best friend from high school. He was a recently divorced plastic surgeon.

Taylor had a recurring role in the 2004-07 Nickelodeon sitcom Ned's Declassified School Survival Guide. He played Alastair Wright, the social studies teacher and later school principal. Some of his other sitcom guest appearances included The Golden Girls, ALF, What's Happening Now!!, Punky Brewster, Caroline in the City, The Drew Carey Show, All of Us, Hannah Montana and Jessie. His best known film role was as Hollywood Montrose, a flamboyant window dresser in Mannequin. Some of his other film credits included Damien: Omen II, The Howling, Explorers, The Allnighter and Mannequin Two: On the Move.

Survivors include his wife of 30 years, Bianca Ferguson; his daughters Yasmine, Tamar and Esme; his son, Tariq; and four grandchildren. Mr. Taylor was a very talented actor. He added so much to Designing Women. We thank him for the laughter he brought us over the years. He will be greatly missed.

Share your memories on our Designing Women message board. View photos in our galleries.

We are in the summer season in television. We will be back with our normal weekly ratings report with the first four nights numbers and analysis in the fall, but we still will have our regular how the sitcoms did all summer long! We have some new broadcast sitcom airings this summer, see below. Here are our summer ratings: