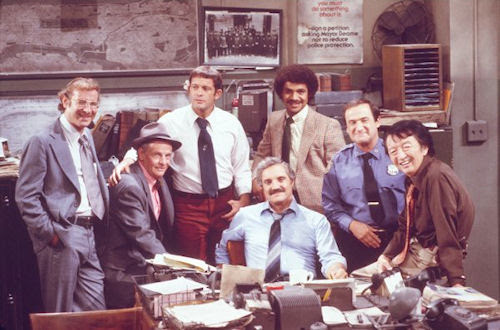 We already have some Fall 2012 scheduling news for Antenna TV! They will showcase two more all-time favorite sitcoms to their line-up with the airings this fall of '70s classic Barney Miller and '80s staple Benson. Antenna TV, which airs on 65 affiliates across the U.S. reaching 60% of TV households, adds both programs to the network's Sunday night schedule starting Sunday, September 9, 2012.
Barney Miller, with Hal Linden heading up an ensemble cast, originally aired on ABC from 1975 to 1982 and will air on Antenna TV Sundays at 8-9pm ET/5-6pm PT. Benson, with Robert Guillaume in the lead role, aired from 1979 to 1986 on ABC, as a spin-off from Soap. Antenna TV will air the series as back-to-back hours on Sunday nights, with Soap continuing to air at 11pm-12am ET/8-9pm PT and Benson following at midnight-1am ET/9pm-10pm PT. 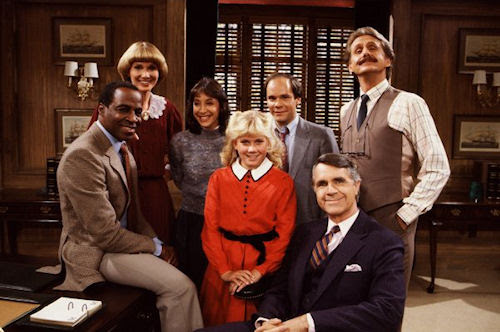 The rest of the Antenna TV Fall 2012 schedule will be announced later this summer, as part of our annual Fall cable schedule barrage starting in mid to late July. Will there be any more new additions, time slot changes, or more airings of Barney Miller/Benson? Stay tuned! The Antenna TV schedule will continue to include vintage favorites such as Leave It To Beaver, Father Knows Best, Good Times, Three's Company and All In The Family.


Charlie Sheen fondly recalls his former series Two and a Half Men by selecting his 24 favorite episodes for special 12-hour Men marathon tomorrow (Thursday, June 28) from 9:00AM-9:00PM on FX. The Two and a Half Men marathon will lead into the launch of FX's highly anticipated summer comedy block which kicks off with two back-to-back episodes of Sheen's new sitcom Anger Management at 9:00PM and 9:30PM. Afterwards, the laughs continue with the season two premiere of Wilfred at 10:00PM, the season three premiere of Louie at 10:30PM, and the debut of Brand X with Russell Brand at 11:00PM (All times are ET/PT.) 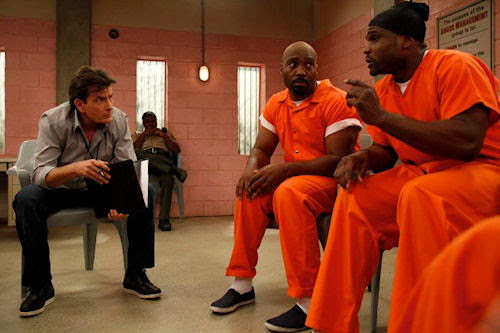 In Anger Management, Sheen stars as Charlie Goodson, a non-traditional therapist specializing in anger management. He has a successful private practice, holding sessions with his group of primary patient regulars each week, as well as performing pro bono counseling for an inmate group at a state prison. Charlie thrives on the chaos in his life while still battling his own anger issues. His life is complicated by his relationships with his own therapist/best friend (Selma Blair), an ex-wife (Shawnee Smith) whose positive outlook but poor choice in men frustrates Charlie, and their 13-year-old daughter who has OCD (Daniela Bobadilla). Michael Arden, Derek Richardson, Noureen DeWulf, and Barry Corbin also co-star. Bruce Helford serves as Executive Producer/Showrunner. Joe Roth, Mark Burg, Dave Caplan and Vince Totino are Executive Producers. Anger Management is produced by Lionsgate Television and distributed by Debmar-Mercury.
View the episode info for the top 24 Two and a Half Men episodes picked by Charlie Sheen!