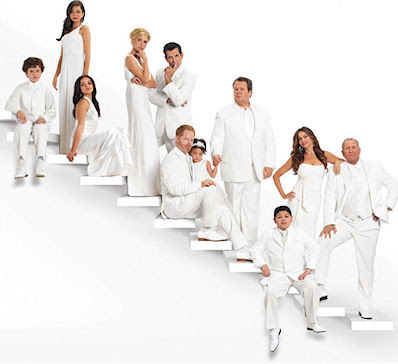 The Writers Guild of America, West (WGAW) and the Writers Guild of America, East (WGAE) have announced nominations for outstanding achievement in television, news, radio, promotional writing, and graphic animation during the 2011 season. The winners will be honored at the 2012 Writers Guild Awards on Sunday, February 19, 2012, at simultaneous ceremonies in Los Angeles and New York. For television, the nominees for comedy are: 30 Rock, Curb Your Enthusiasm, Louie, Modern Family, and Parks and Recreation. For actual episodes, Modern Family had two nominations: "Caught in the Act" and "Mother's Day." The Office also had two nominations: "Goodbye Michael, Part 2" and "PDA" Also nominated were: Weeds for "Object Impermanence" and 30 Rock for the episode "Queen of Jordan." Among new series, a mix of drama and new were on the list: Episodes, New Girl, The Killing, Game of Thrones and Homeland.

Similarly, The Producers Guild of America (PGA) announced the Television Series nominees that will advance in the voting process for the 23rd Annual Producers Guild Awards. For television, the nominees for comedy are: 30 Rock, The Big Bang Theory, Glee, Modern Family, and Parks and Recreation. All 2012 Producers Guild Award winners will be announced on January 21, 2012 at the Beverly Hilton Hotel. This year, the Producers Guild will also award special honors to Steven Spielberg, Leslie Moonves, Don Mischer, and Stan Lee, among others.
View the full list of television nominees for both the 2012 WGA and PGA Awards! Looks like Modern Family continues to be hot, while cable rules drama.